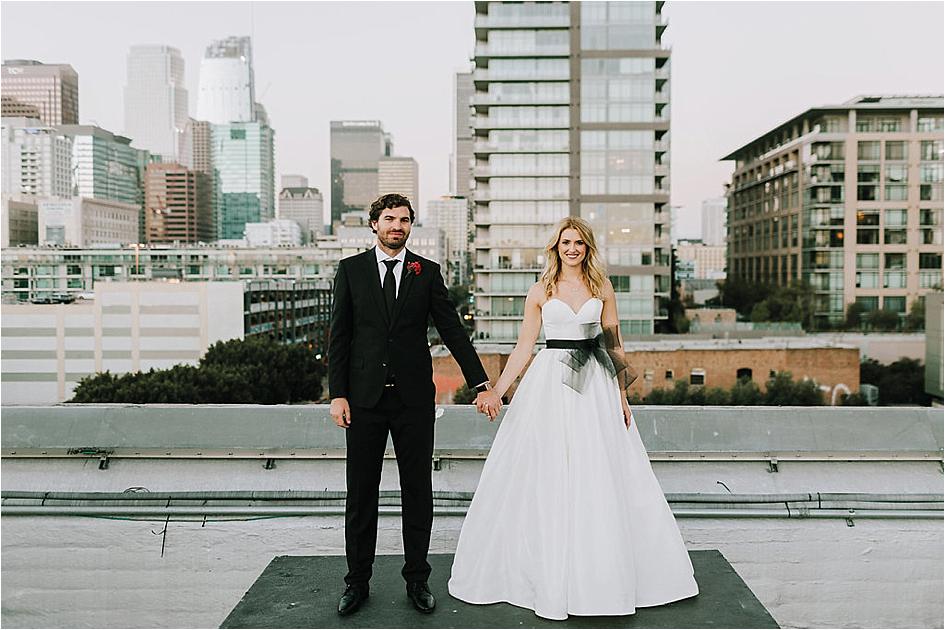 Nick and Katy became close in high school when both were members of the swim team, but they didn’t make it official until after Nick completed graduate school. Years later, while vacationing in Paris he surprised her with a ring. He led her to a quaint rose garden behind an old church, pulled the bauble out of his travel wallet, and quoted her favorite book and movie, Pride & Prejudice. They also gave a nod to Mr. Darcy on the big day by splashing the line “You have bewitched me, body and soul” across a prominent wall.

As an architect, the groom cared most about the venue. He wanted their union to take place somewhere that captured his love of concrete and minimalism. The bride took it from there, and everything was inspired by the venue, from the skyline nameplate that decorated the cake display to the concept of black and white contrasted with vibrantly colored flowers. Further décor touches included glittery emerald green tablecloths and a variety of midcentury modern furniture in Lucite, metal and wood.

As excited as the couple was to celebrate with friends and family, they also cherished the private moment they took on the roof just as the sun was setting. The skyscrapers provided a picture-perfect backdrop.

The groom’s parents built a custom backdrop for the “do-it-your-selfie” photo booth. The couple further personalized the loft with well-placed initials and monograms, as well as photos from throughout their relationship and a wall of black-and-whites of brides and grooms taken on family members’ big days.

The Costa Mesa couple’s coffee station put all others to shame with hashtag-inspired signage, flavored syrups and ornate decanters filled with Irish cream and Kahlúa. Munchies were satisfied at the popcorn bar, which featured a variety of flavors, including Parmigiano-Reggiano, cookies and cream, salted caramel, and togarashi, aka the Sriracha of Japan. The hot-sauce option was a wink at their honeymoon destination. 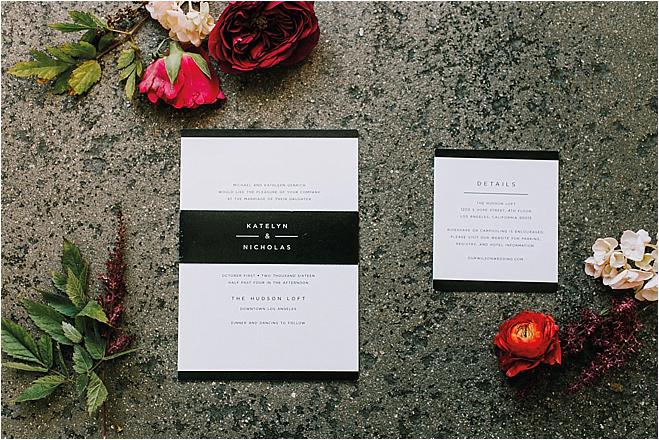 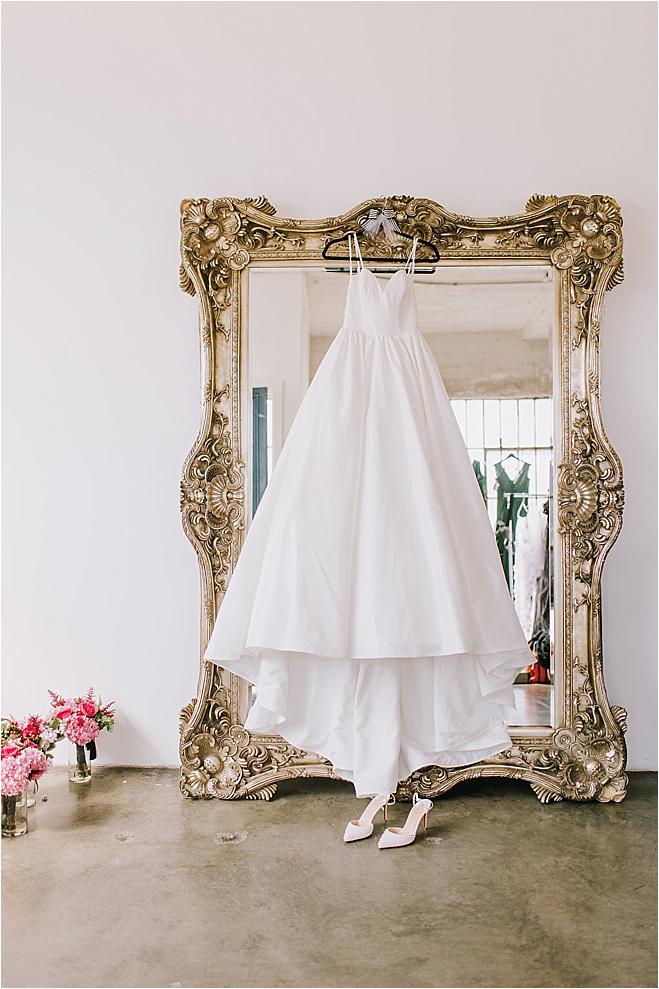 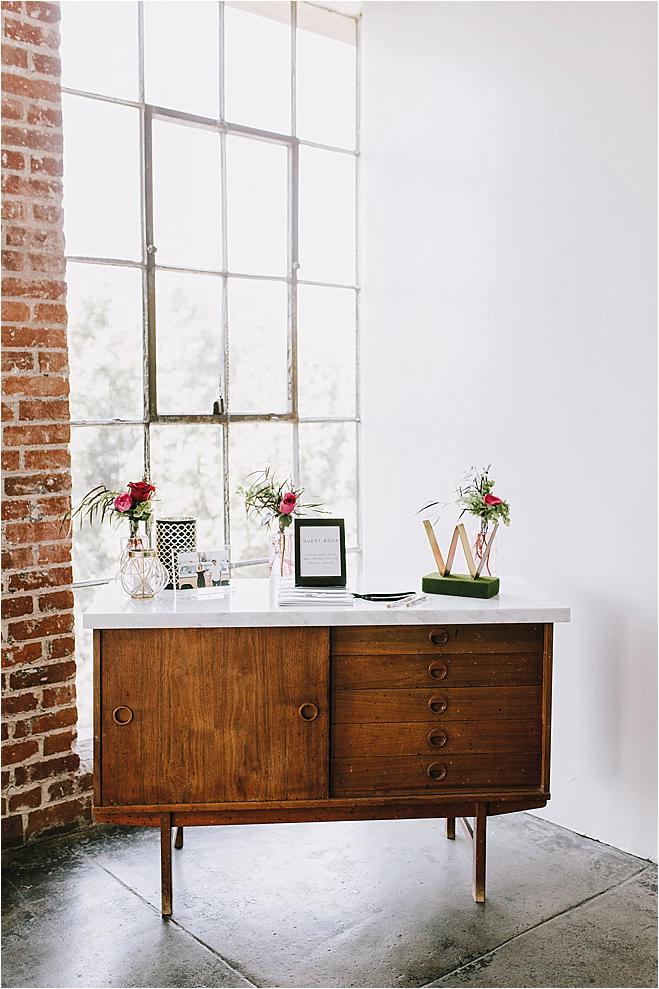 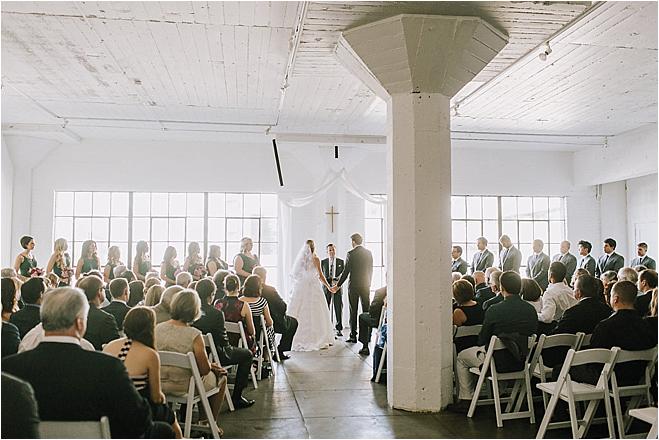 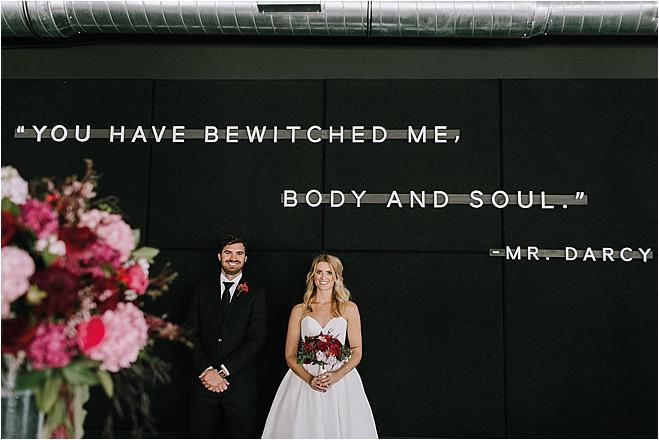 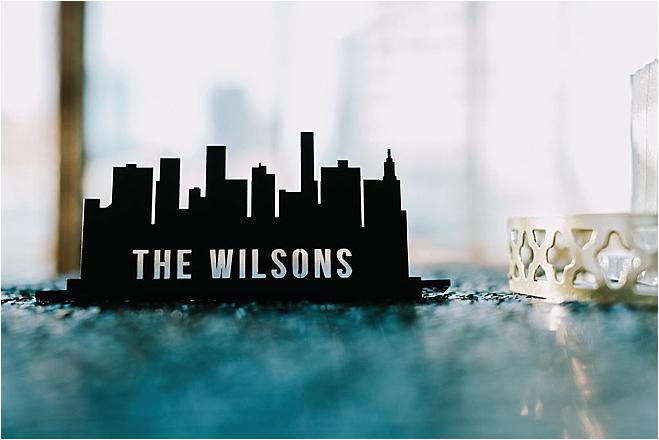 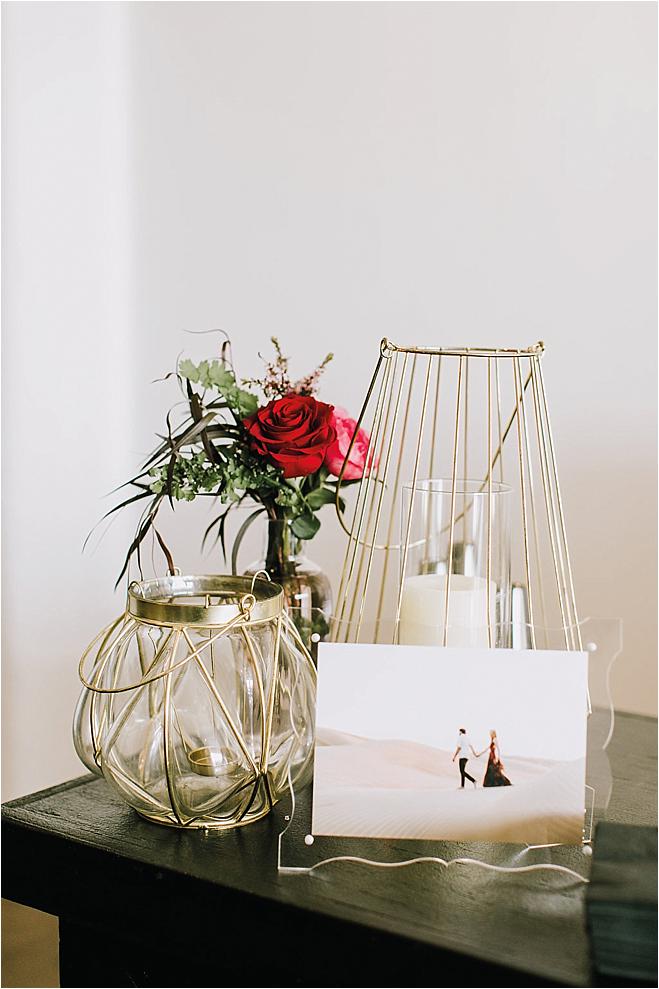 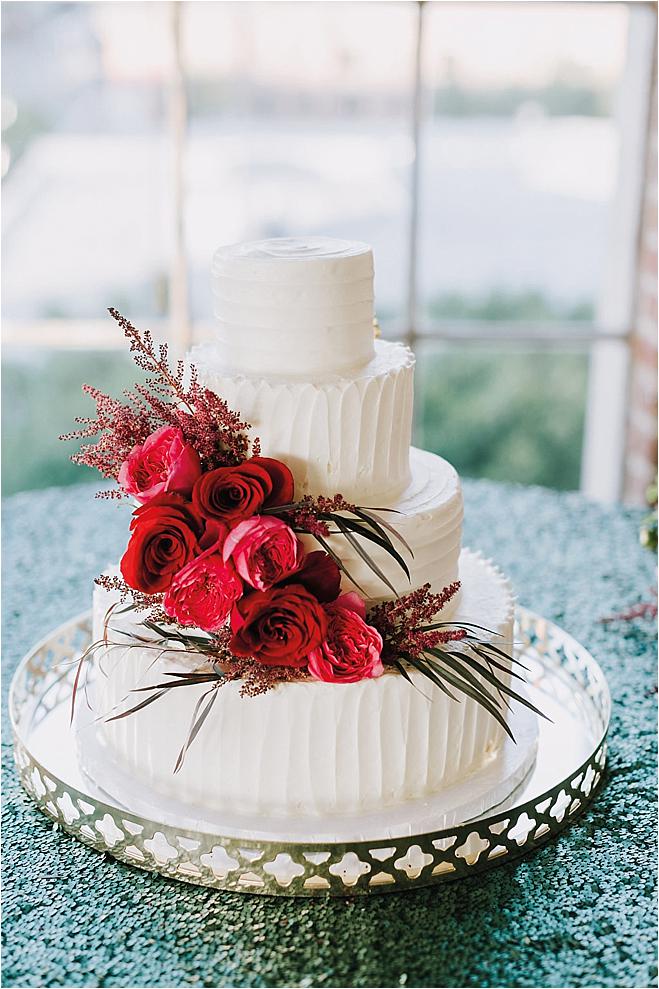 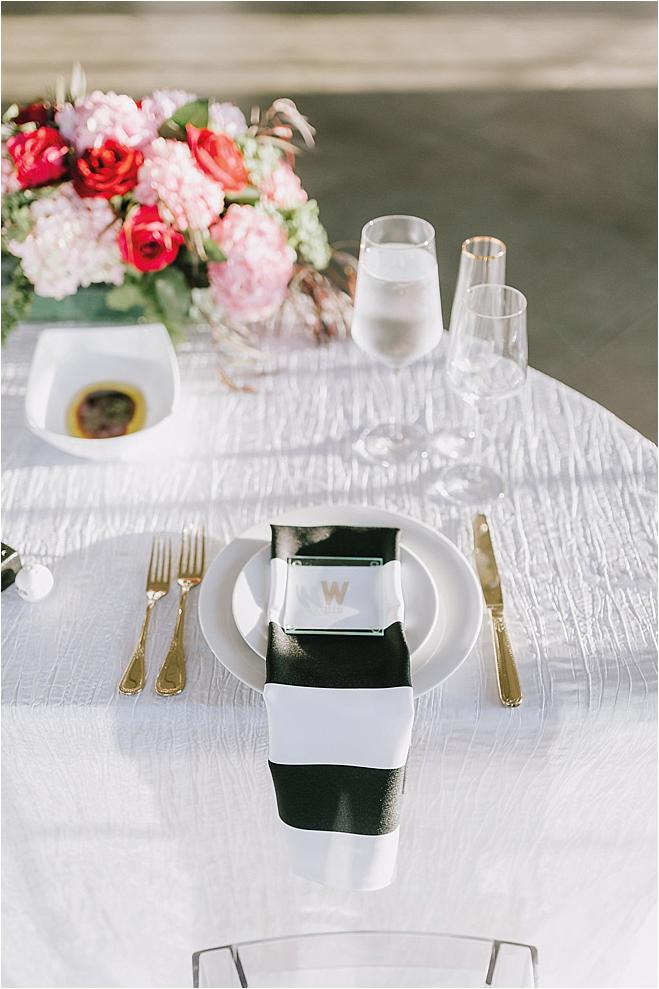 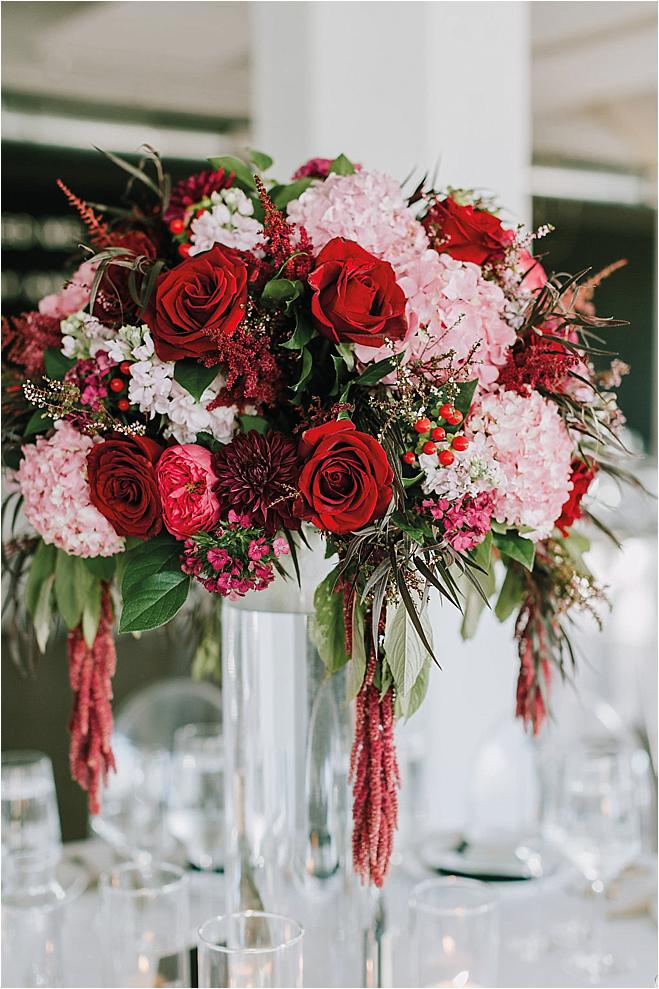 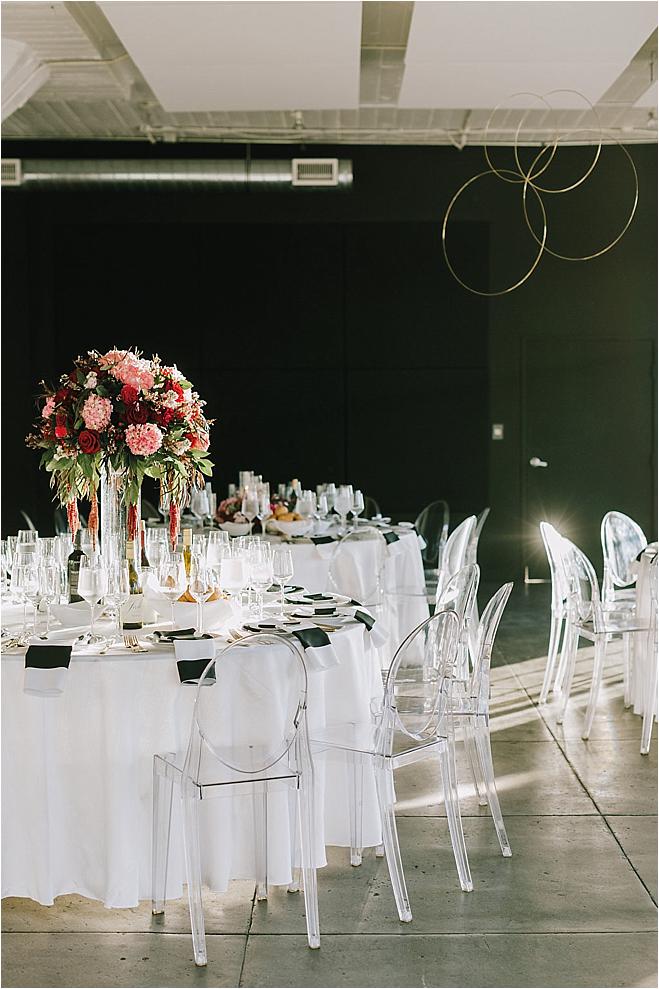