Chheng & Matthew: Lovin' on the Edge at Malibu Rocky Oaks 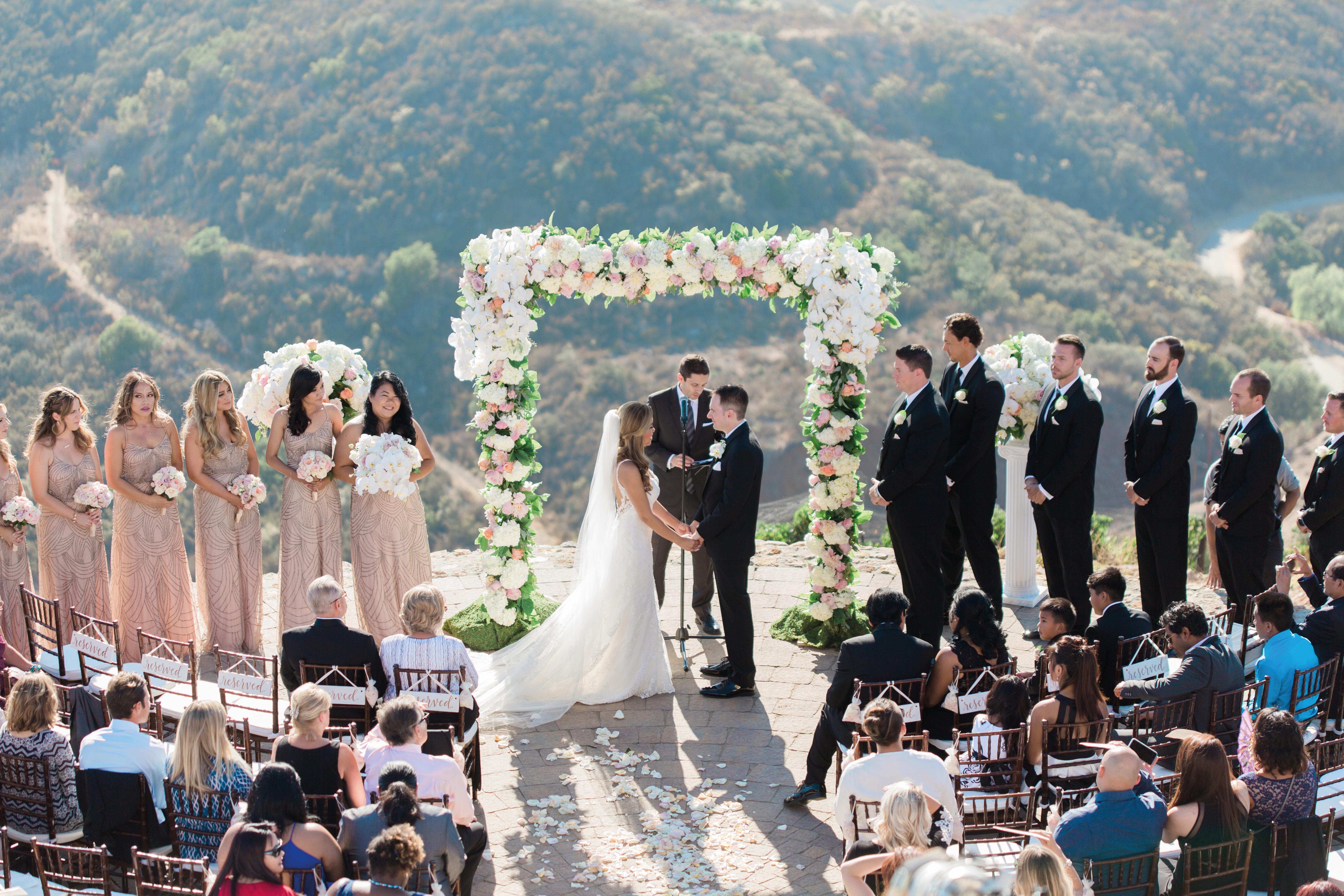 The couple considers themselves “traditionally untraditional,” and evidence to that claim can be found in the fact that Matt never officially proposed. They planned on getting married and he had given her a ring, but he never popped the question until their first look when he surprised Chheng by getting down on one knee.

The Malibu vineyard venue boasts uninterrupted and spectacular views over dramatic green mountains—from the rail-free cliff-top ceremony platform, the cocktail patio and the poolside porch, where dinner was served.

The couple met while Chheng was living in Hawaii, so the Aloha State seemed a natural theme for their big day. Yamaguchi Flowers incorporated white orchids and white phalaenopsis in the bouquet, boutonnieres, ceremony arch and the grand, overflowing centerpieces. Aside from the small reminders of her onetime home, the bride wanted to stick with a palette of pretty pinks, rose gold and classic white.

As per their Chinese/Cambodian backgrounds, the bride’s parents burned incense and prayed in a ritual to invite the spirits of ancestors and lost loved ones to witness the big event. Sadly, Chheng had previously lost her beloved younger sister, so she hired violinist Josh Vietti to play “Over the Rainbow,” the song she heard on the way home from her sister’s memorial service, which made her feel as though her sister took every step down the aisle with her.