Soraya & Adam: Out of Africa at The Santa Barbara Zoo 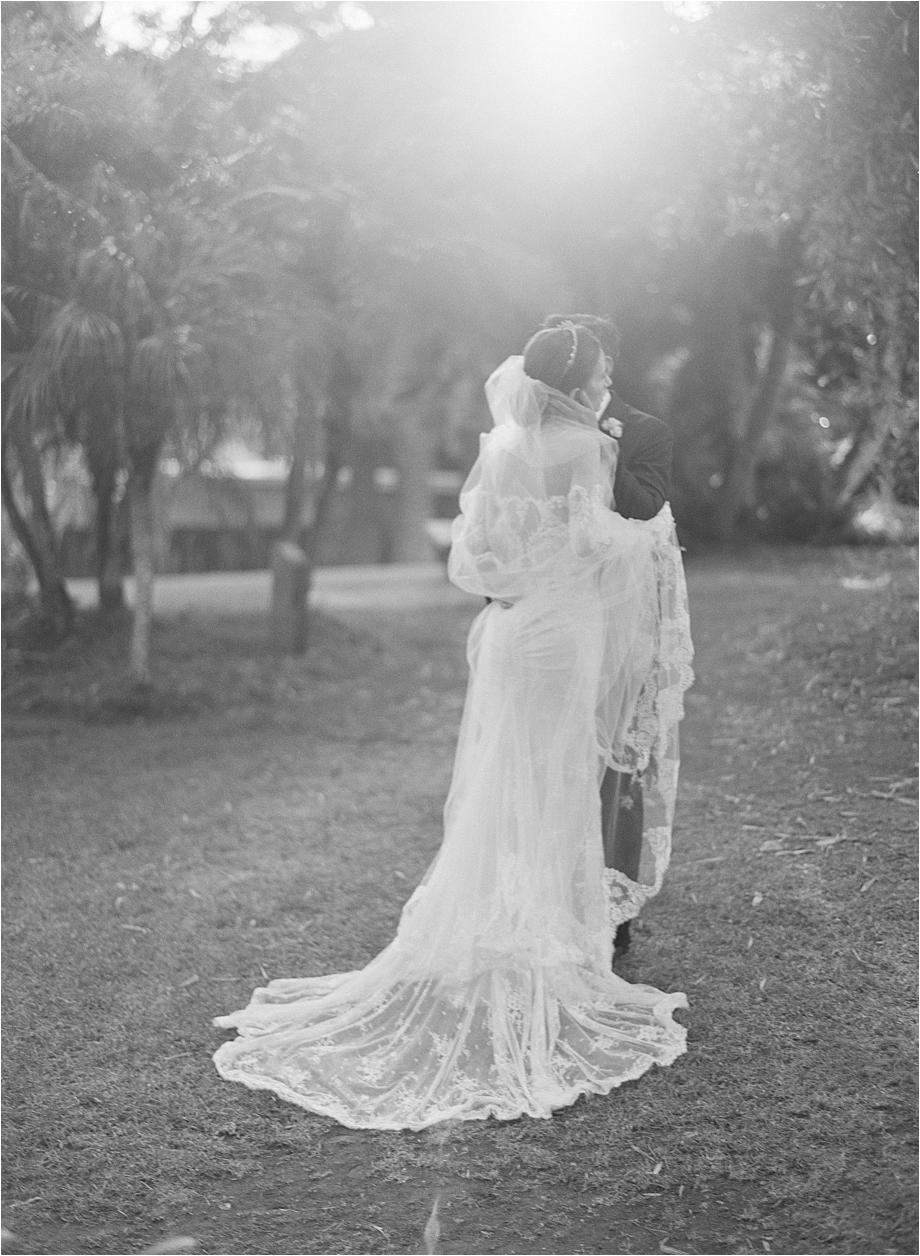 Although the investment bankers were on different teams at Lehman Brothers in New York, Soraya’s desk was less than 10 feet away from Adam’s. They often shared late-night dinners in the office while working 18-hour days and discovered a mutual love of art, electronic dance music, travel, and animal welfare and conservation.

They were roaring with reasons to get married among Santa Barbara Zoo’s menagerie of mammals, birds and reptiles. A wildlife theme spoke to their staunch vegetarianism and fondness for all things furry and feathered. The zoo’s Palm Garden, a lawn filled with miniature gopher holes that existed because the rodents weren’t discouraged from their natural burrowing behavior, led them to book the unique venue. The deal was sealed when they learned that 22 percent of the food and beverage costs were donated back to the zoo.

To pay homage to their surroundings, a British colonial safari theme was chosen. Wooden canopies were constructed, draped in a gauzy white fabric reminiscent of mosquito netting and adorned with chandeliers. Arrangements in antiqued silver vases kept it natural but elegant with creamy flowers and leaves in various shades of green. Fern fronds were tucked into place-setting napkins and accented the four-tiered cake, which was displayed on a vintage Louis Vuitton suitcase. Little trinkets denoting the theme peppered the reception, such as antique binoculars, English antique porcelain and silver, an antique mahogany campaign desk and tarnished ornamental boxes.

Instead of the bride carrying a traditional bouquet, Mindy Rice Design created a romantic yet simple, garland-style bouquet of delicate japonica, hellebores, antique hydrangeas and lilies of the valley, providing a beautiful accent to Soraya’s beaded Inbal Dror bridal gown.

The couple’s cats couldn’t make the journey from the East Coast, but they were well represented. An illustration of the felines was featured on the stationery suite, and custom charms with a picture of each pet were woven into the bridal bouquet. Bigger cats felt the love, too. Not only were there lions on the ketubah, but a lion and leopard of white chocolate and gold lounged on the cake.

Dinner stations were set up at various animal habitats and themed to the denizens who lived there: Indian kathi rolls at the elephant enclosure, lamb chops at the lion den and sushi at the penguin tank. Guests were invited to hand-feed giraffes and take a spin on the zoo’s charming train. Dinner tables were designated by gold animal figurines with the guest names tied to smaller versions of the gilded beasts to connect them with their seats.