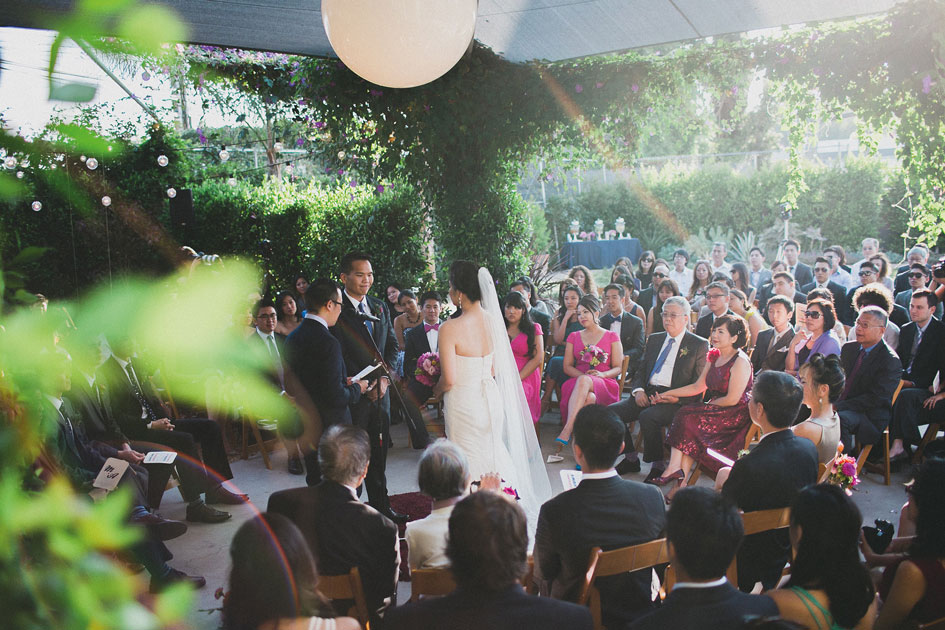 When it came time to craft the “I do’s” for their July 2017 wedding, Philip Black and Chris Massey decided to take on a challenge—actually, three challenges each. Inspired by a Taiwanese custom in which a bridegroom must prove his love by completing challenges laid out by his betrothed’s family, the fun-loving grooms gave each other the task of performing three meaningful actions during their ceremony, which ranged from drinking a mystery shot of tequila (to symbolize the couple’s collective sense of adventure and spontaneous natures) to smelling a rose (to remind each other to enjoy the sweet moments in life together).

Deeply personal and delightfully fun, the challenges engaged young and old alike as the pair’s guests cheered them. “I think what started as a fun way of making the ceremony our own ended up really surprising people because it was so consistent with our own personalities and senses of humor,” explains Chris.

Here, five of California’s top wedding experts chime in on ways to make your wedding ceremony equally your own, with ideas that range from twists on traditions to personalized vows that wow.

GRAND ENTRANCE
(above) “The placement of the seating of guests can allow for an unconventional entrance for the bride and groom,” says planner Nira Fisher of Amber Events, who loves the idea of rethinking the traditional center aisle. “Some ceremonies have guests encompass the couple getting married on three of four sides, or even all sides! Sometimes weaving through your crowd can be more much intimate.” 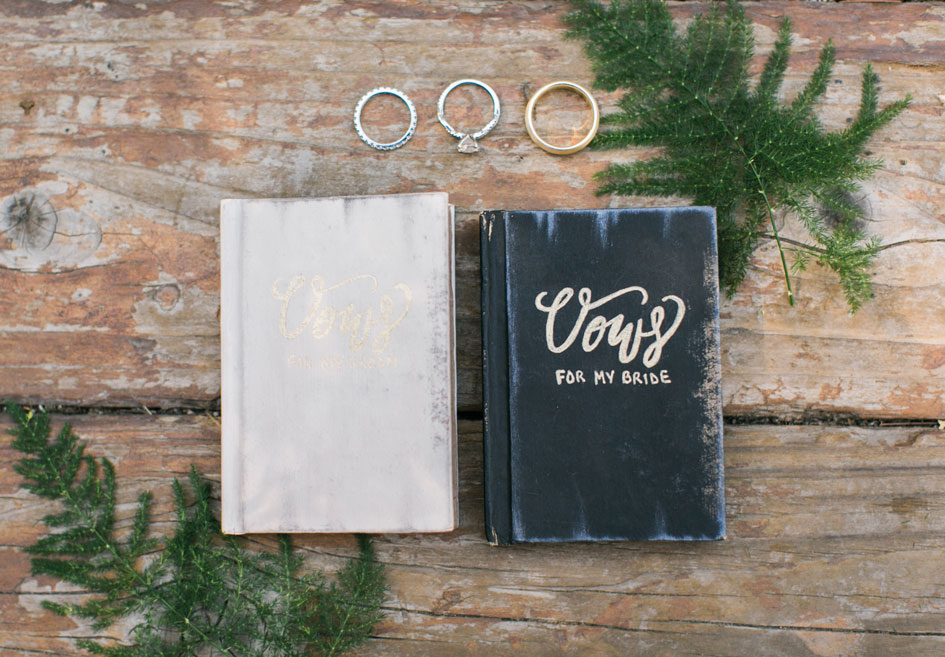 WOW WITH VOWS
Personalized vows have long been a popular way to lend uniqueness to a ceremony, but wedding planner Marisa Ronca, principal designer of Marisa Nicole Events, suggests thinking beyond the spoken word. “If you can’t find the words to say yourself, I always suggest stealing from the greats. Find an awesome poem or song lyric that embodies what you are feeling and what you want to say and go for it,” she says. “I recently had a couple (both in the musical world) write and sing a song together, which served as their vows to each other. It was the sweetest thing ever to see two souls sing a love song to each other during their ceremony.”

PARTY PEOPLE
Officiant JP Reynolds of JPR Weddings is a fan of involving the wedding party in more than just the saunter down the aisle. “Rather than having a traditional unity candle, one couple had a ‘table of light’ on which were various sized candles and holders,” cites Reynolds, who is also the author of three wedding books, including How to Officiate a Non-Denominational Wedding Ceremony.  “Each member of the wedding party lit a candle when they processed up, as did the parents, and so, the lights of close family and friends surrounded the couple’s own unity candle.”

“Or, rings can be presented by your entire wedding party,” he suggests. “Your last groomsman and last bridesmaid are each given a ring. When your officiant asks for the presentation of the rings, they pass the rings on down to each member of their side of the wedding party until the rings reach the officiant. It’s a moving visual as your wedding party, as a group, blesses and affirms your union.” 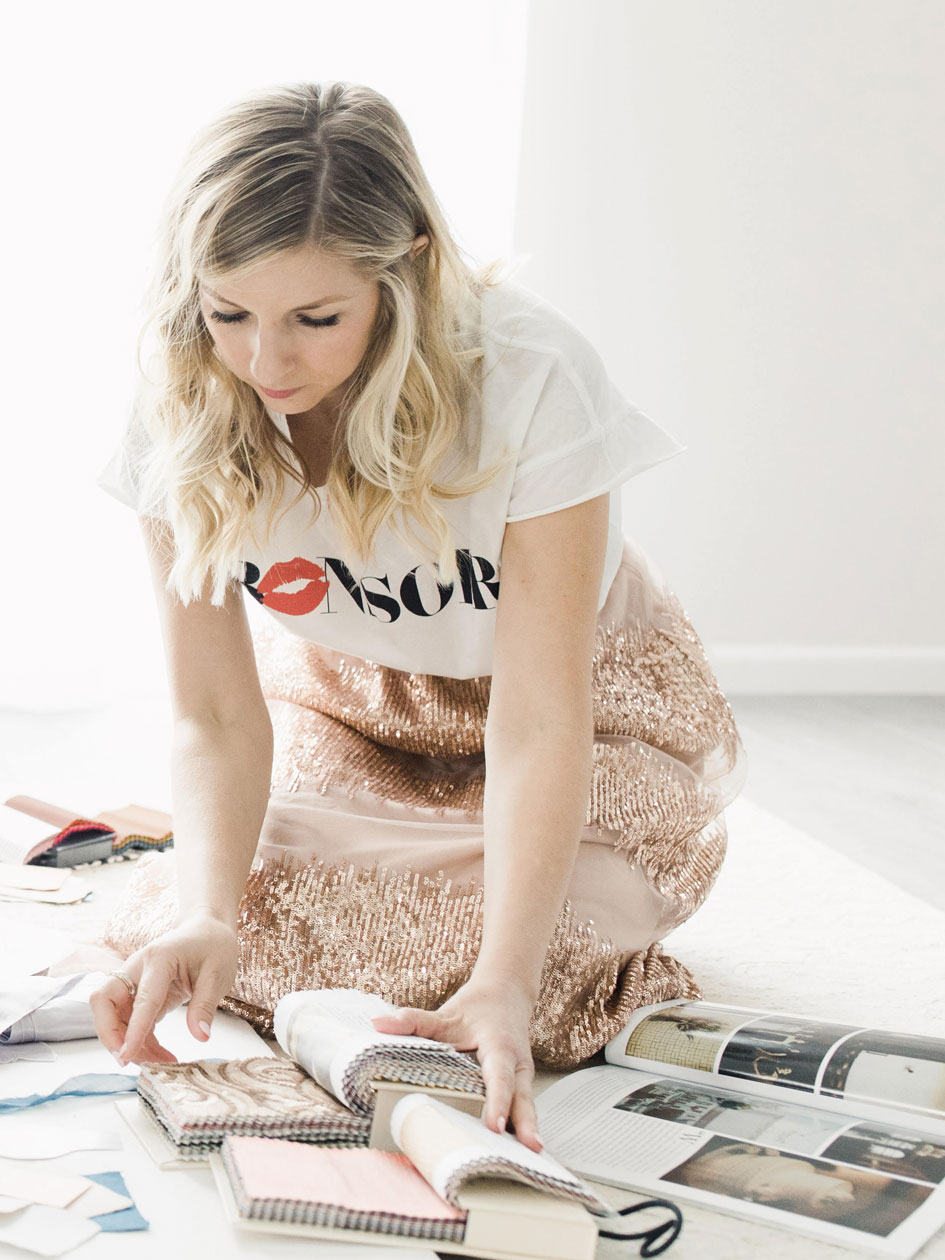 TWO FOR TWO
Struggling with how to mix tradition into your modern ceremony? Wedding planner Star Hansen thinks that sometimes more is more: “One of my couples this summer decided to have two officiants rather than just one,” states the owner and creative director of Star Hansen Events. “They wanted a rabbi for tradition, but also wanted someone who knew them very well to handle the bulk of the ceremony. Rather than settling on one or the other, they decided to include both....I love this idea and think it is a wonderful way to blend tradition with comfort.”

FAMILY MATTERS
Consider getting family and friends involved in the ceremony, says planner Deborah James of Bella Vita Events. “We love when the guests are asked to take an active part in the vows… We had a couple recently that had 17 grandchildren walk down the aisle with them and then form a circle around them to blend and gather two families. It was quite touching and beautiful.”