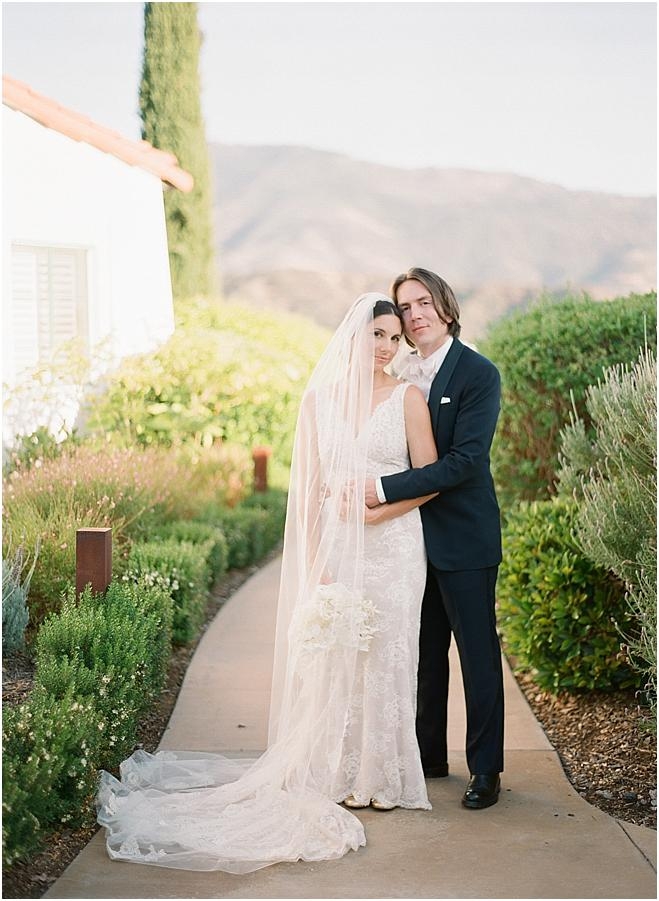 Amber and Joe’s love story was sparked from behind their computer screens. Each had joined Match.com in an effort to ramp up their dating lives. On Amber’s first night of browsing, she came across Joe and decided to send him a message. As fate would have it, Joe was also online and what started as a message quickly grew into a relationship. Nine months later, Joe asked Amber to be his wife.

The night before Joe’s proposal, Amber happened upon a photo of her friend’s wedding ceremony, which had taken place under an oak tree. She discovered the tree was the “friendship tree” at the Ojai Valley Inn and Spa. After seeing the natural, raw beauty of the area, Amber was sold.

Amber is a fourth-generation Isadora Duncan dancer who has performed throughout Paris, Tokyo and San Francisco, and is known for dancing with silk fabric. When her florist from Louloudi Boutique Floral Designheard this, he suggested they use white silk to frame their ceremony tree, which added a soft, touch to the breathtaking backdrop.

At home, Amber and Joe have crystals accenting their Restoration Hardware–style decor, which tied in perfectly with the mystical Ojai vibe. Amber’s own rose quartz, clear quartz, citrine, pink and purple amethyst crystals were incorporated into unique and eye-catching centerpieces, accented with white orchids and a base of salt. Details ranging from the couple’s geode-themed invitation suite to their cocktails beautifully showcased the crystals’ rose, yellow, white and gold color palette.

An old family friend led the “warming of the rings” tradition. During the ceremony, Amber’s ring and Joe’s ring were passed by the 32 guests for a moment of individual prayer and blessing by each person. Debussy’s elegant “Clair De Lune” played in the background during this time of unspoken support.

Amber has caught more than 10 bouquets at weddings leading up to her own, so she decided it was time to make it official by catching her own bouquet, tossed to her by her husband! Each guest was given a small, diamond-shaped container labeled “You are a gem” to collect and take home the small crystals adorning the centerpieces.