Celine and Jaime wed on their eleventh dating anniversary at Straus Home Ranch with their loving family giving blessings.
By:
Carolyn Henkle 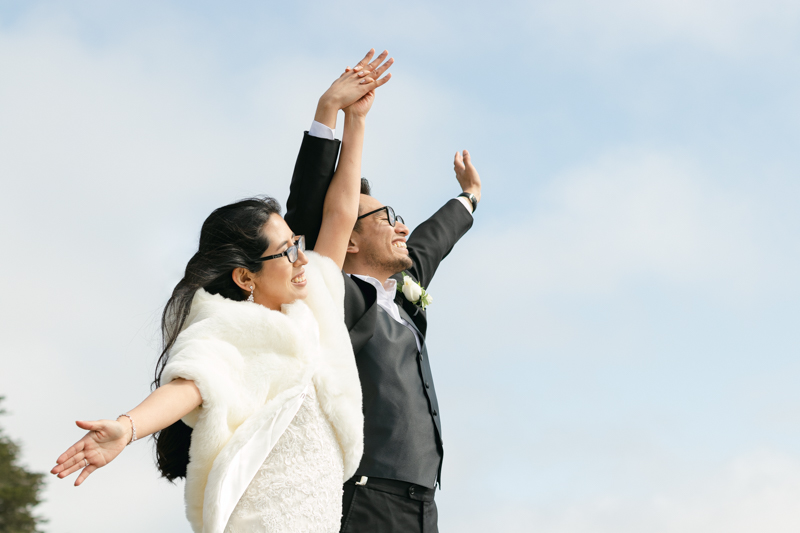 Celine met her first love, Jaime, in college. They both lived on the first floor of their dormitory, and their paths crossed through mutual friends. What began as friendship developed into a romance. Celine and Jaime dated for almost eleven years, and they spent three of those eleven in a long distance relationship while Jaime finished his college education. Finally, in December of 2020, Jaime treated Celine to her favorite Sunday breakfast. Celine's favorite dessert, red velvet cupcakes, was accompanied by the question: "Do you want to spend the rest of your life with me?"

Celine and Jaime were married on their eleventh dating anniversary. They were among the many to have a small elopement-style wedding during the pandemic. On Celine's maternal side, Celine inherited the tradition of wedding in a small elopement at the family home. Celine and Jaime’s day continued this tradition. Instead of wedding at home, the pair wed at the picturesque bed and breakfast, Straus Home Ranch. Situated along the coast in Marin County, Staus Home Ranch is a junction for green pastures, winding roads, rolling hills, and breathtaking water views. Celine herself designed the soft and romantic tablescape with greens, white blossoms, and candles. She also created leafy and elegant stationary for the day. Before the couple said, “I do,” the rings were passed around to the guests, warming them with loving intentions. They had their first dance alone on the front lawn of Straus Home Ranch among a grove of eucalyptus and cypress.

Later, Celine and Jaime walked hand in hand along Hog Island and Point Reyes National Seashore. They threw their hands up together, exhibiting the feeling of freedom after planning a wedding during the pandemic. Their intimate ceremony with both parents and Celine's aunt in attendance was a nurturing way to commit to each other for life. 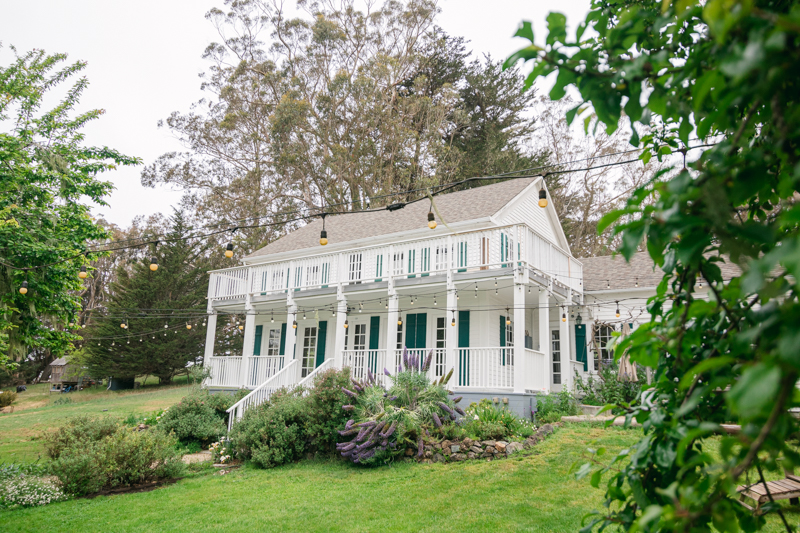 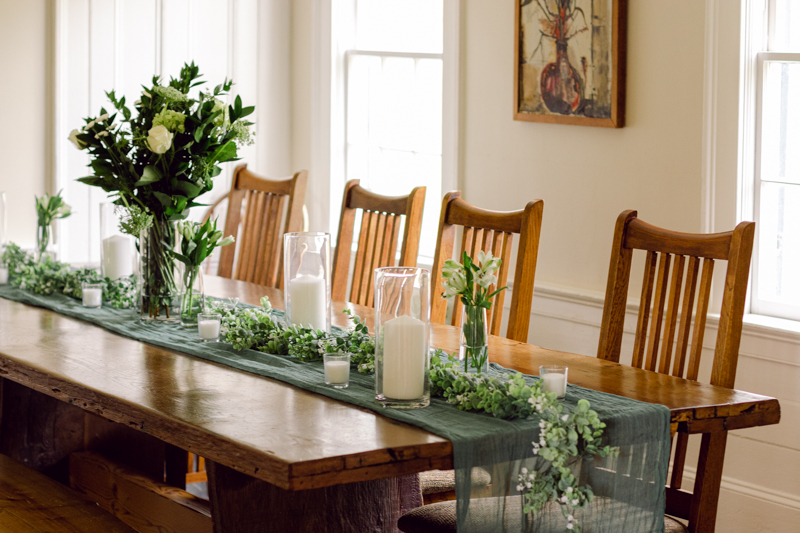 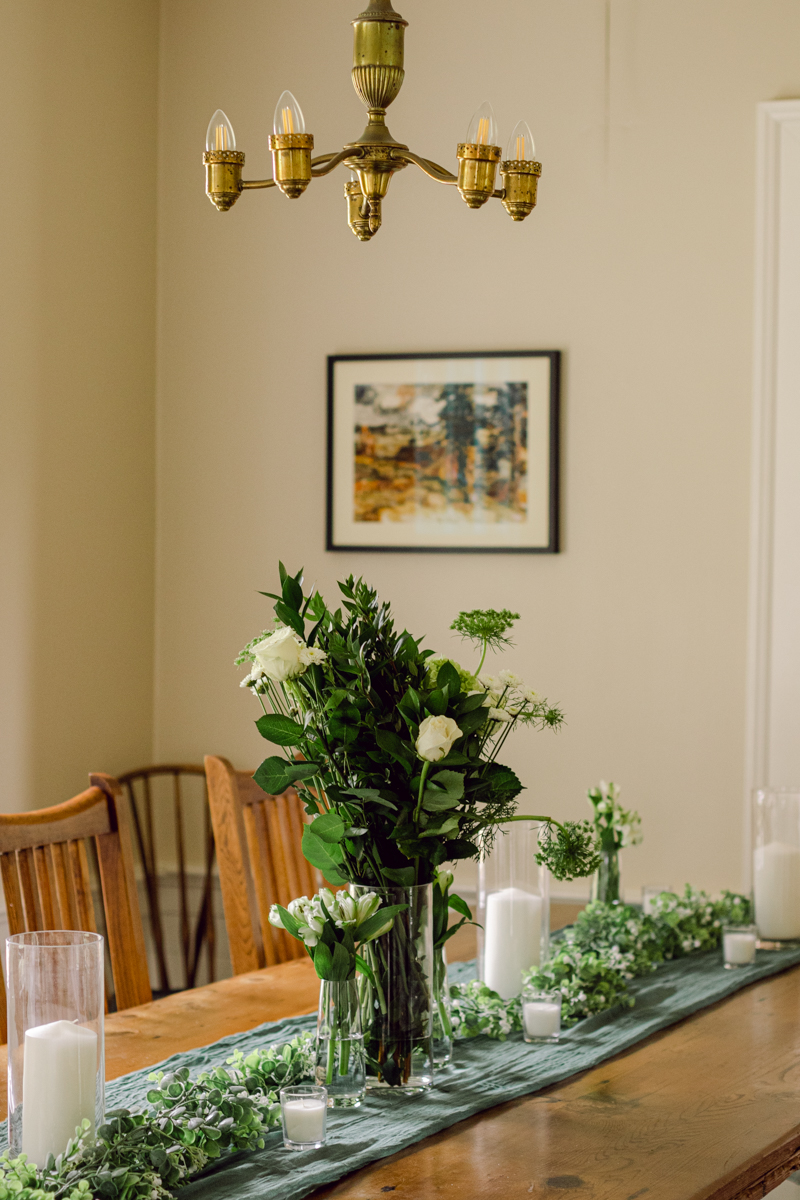 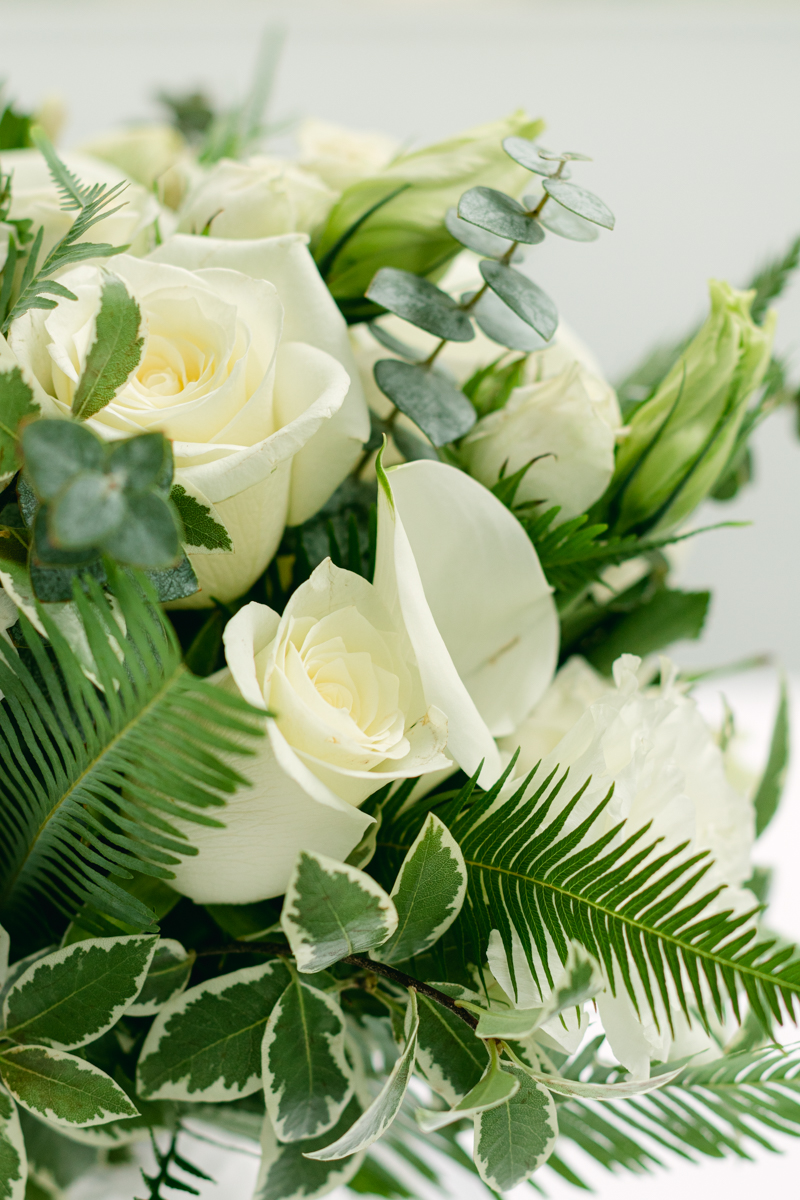 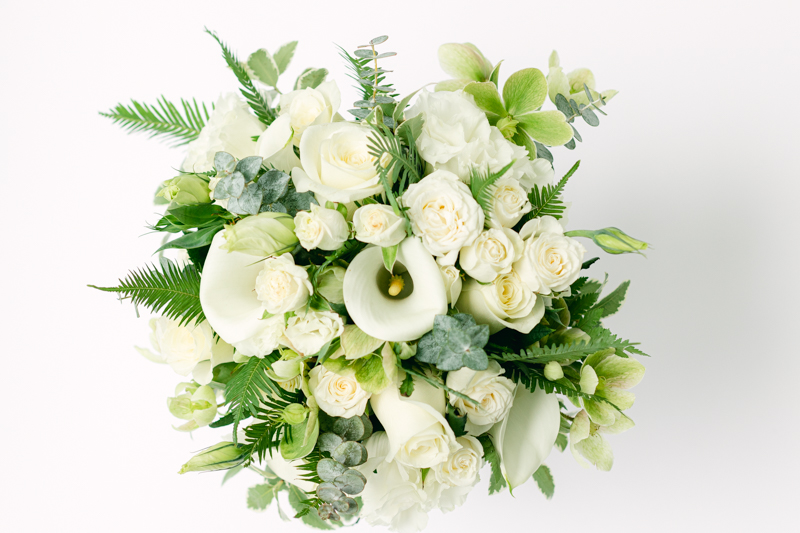 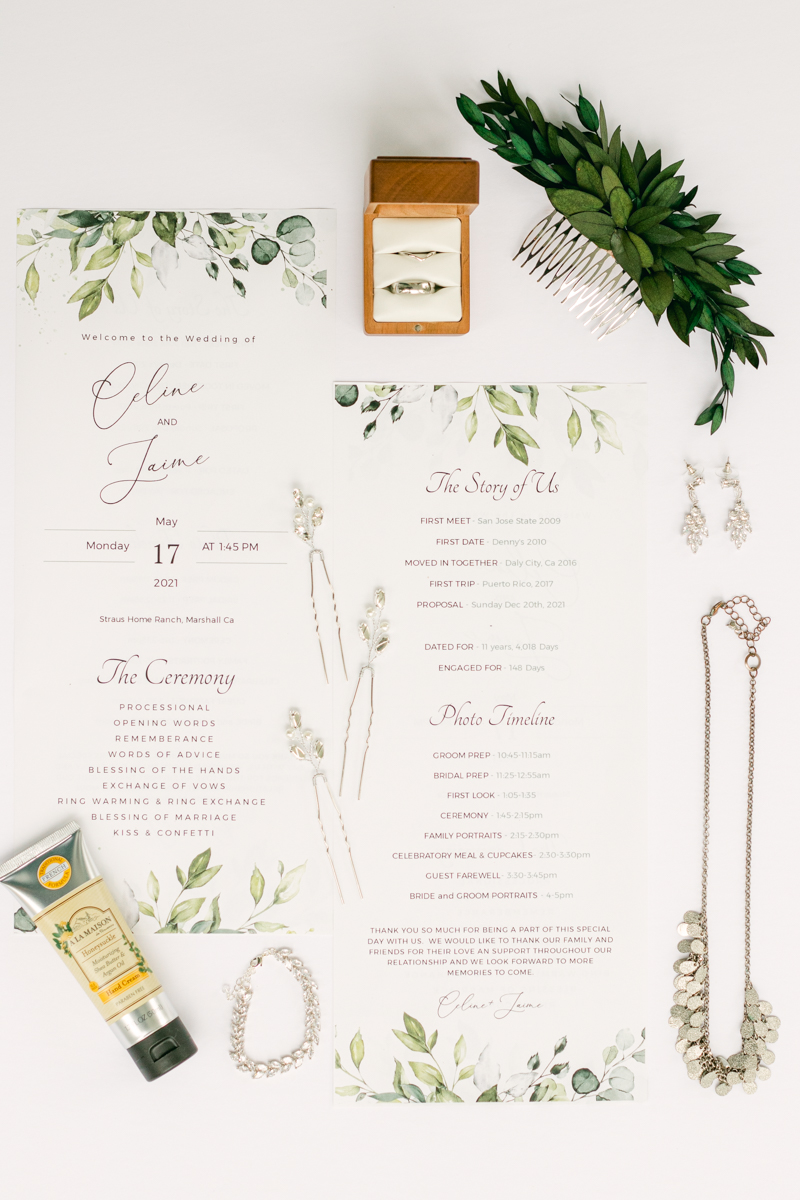 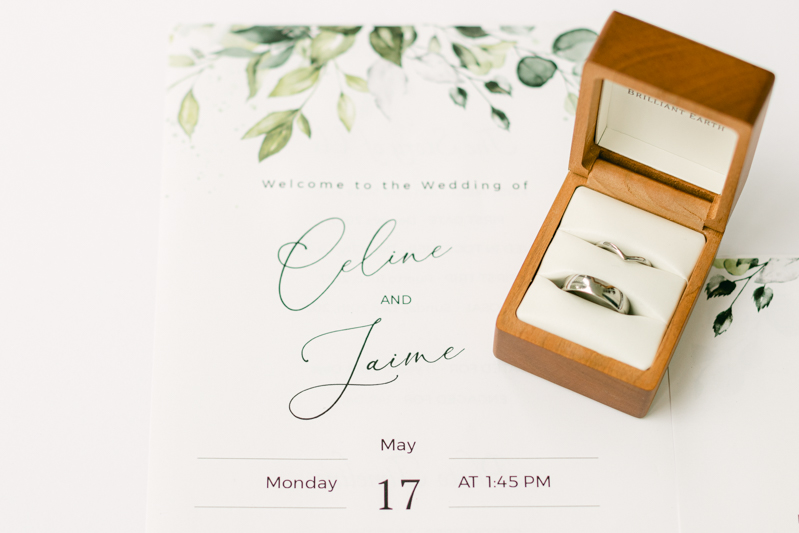 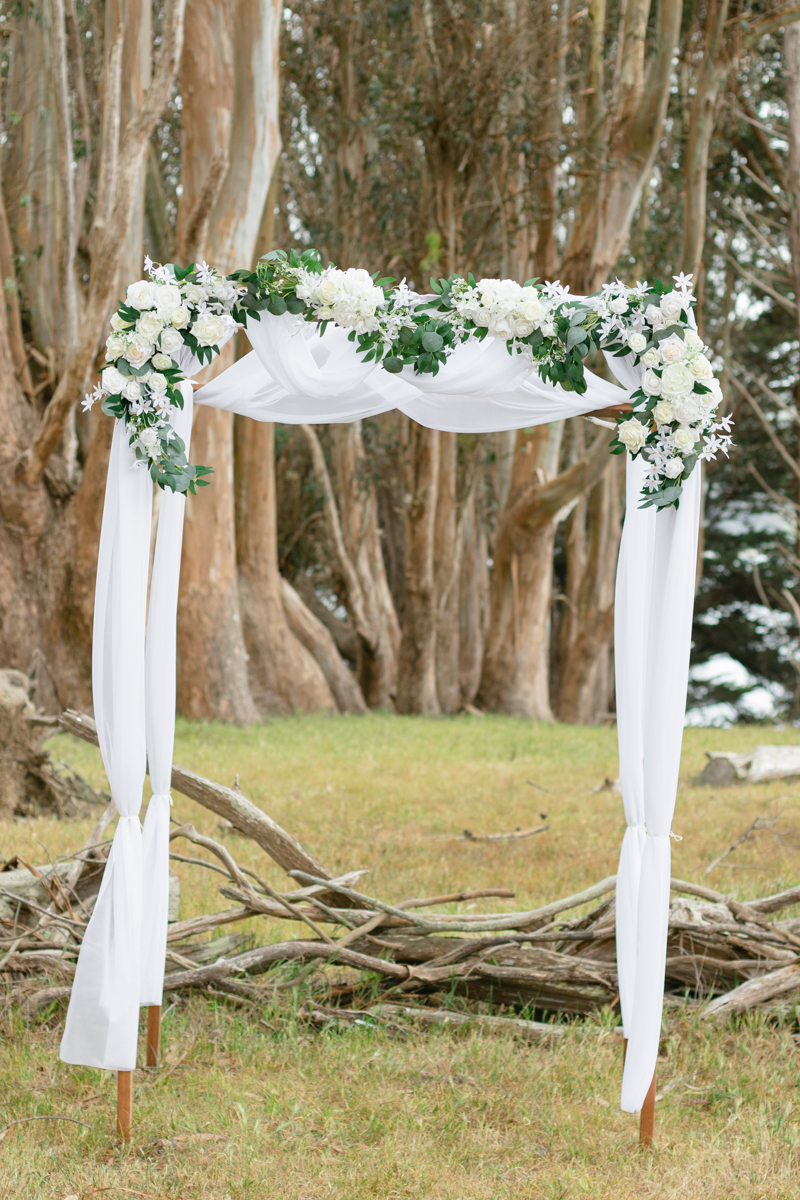 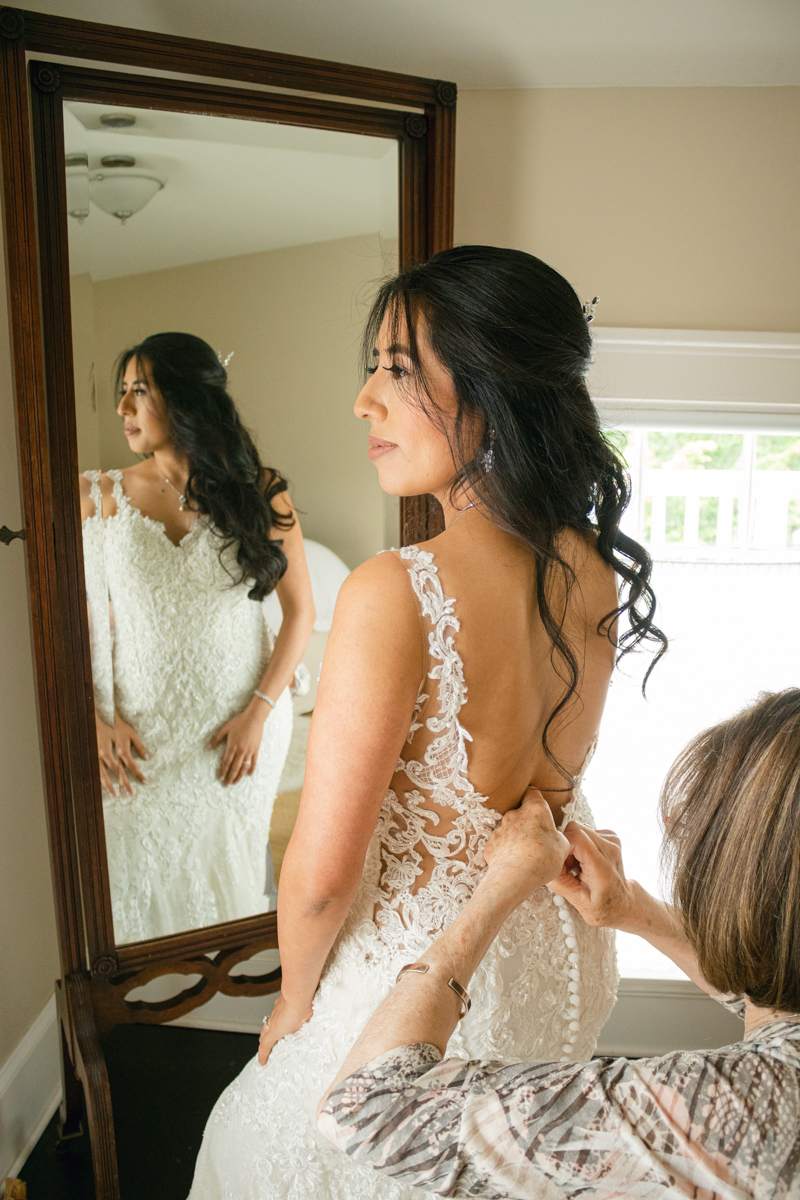 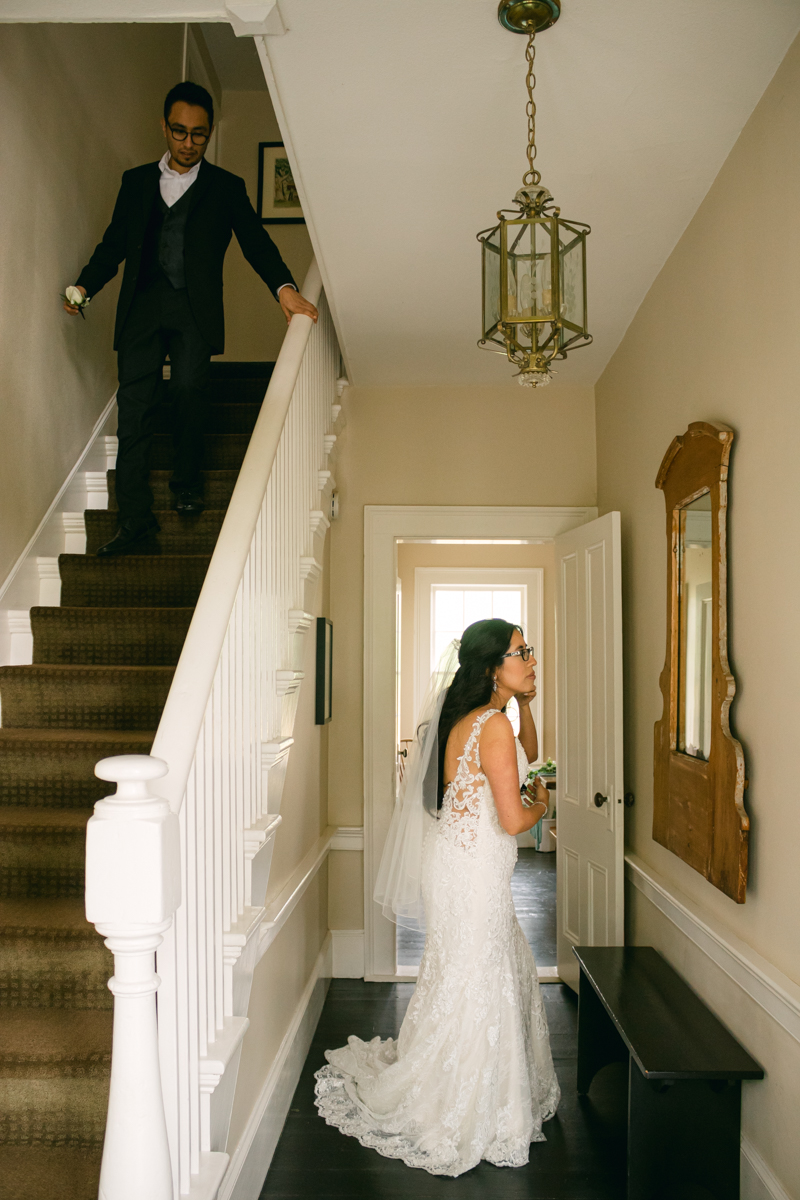 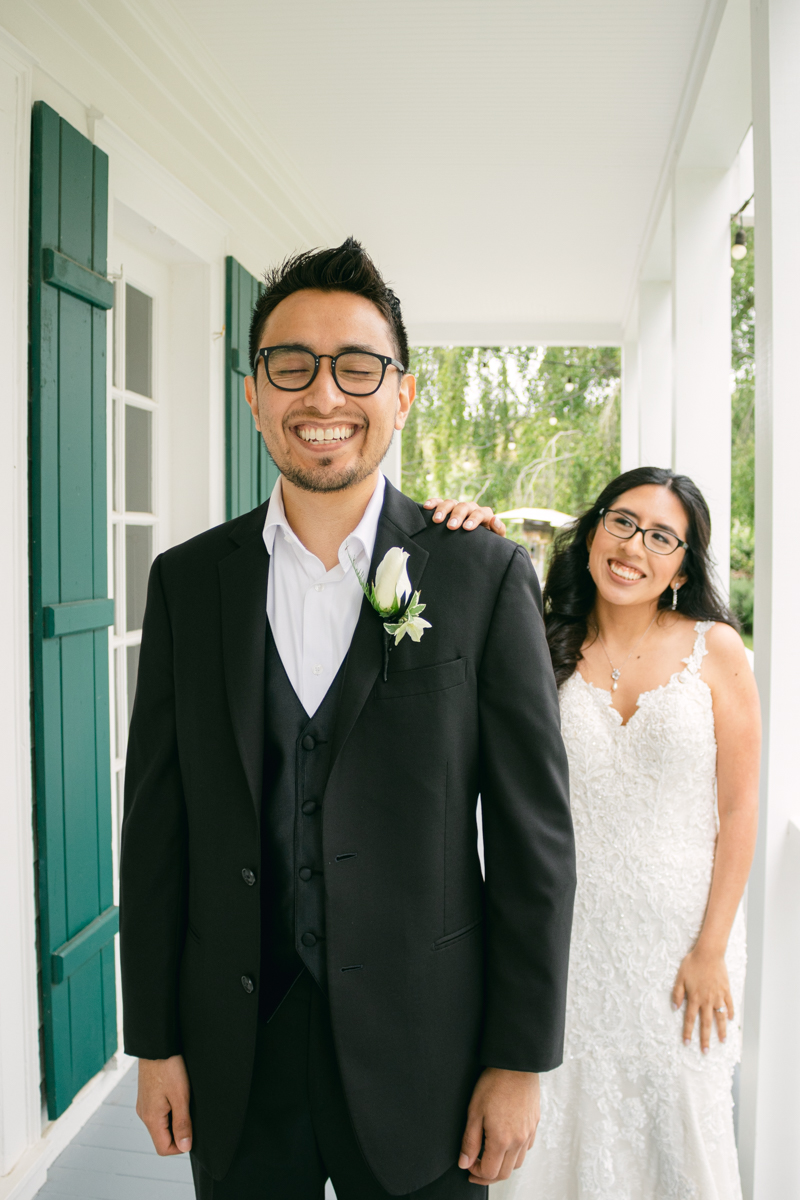 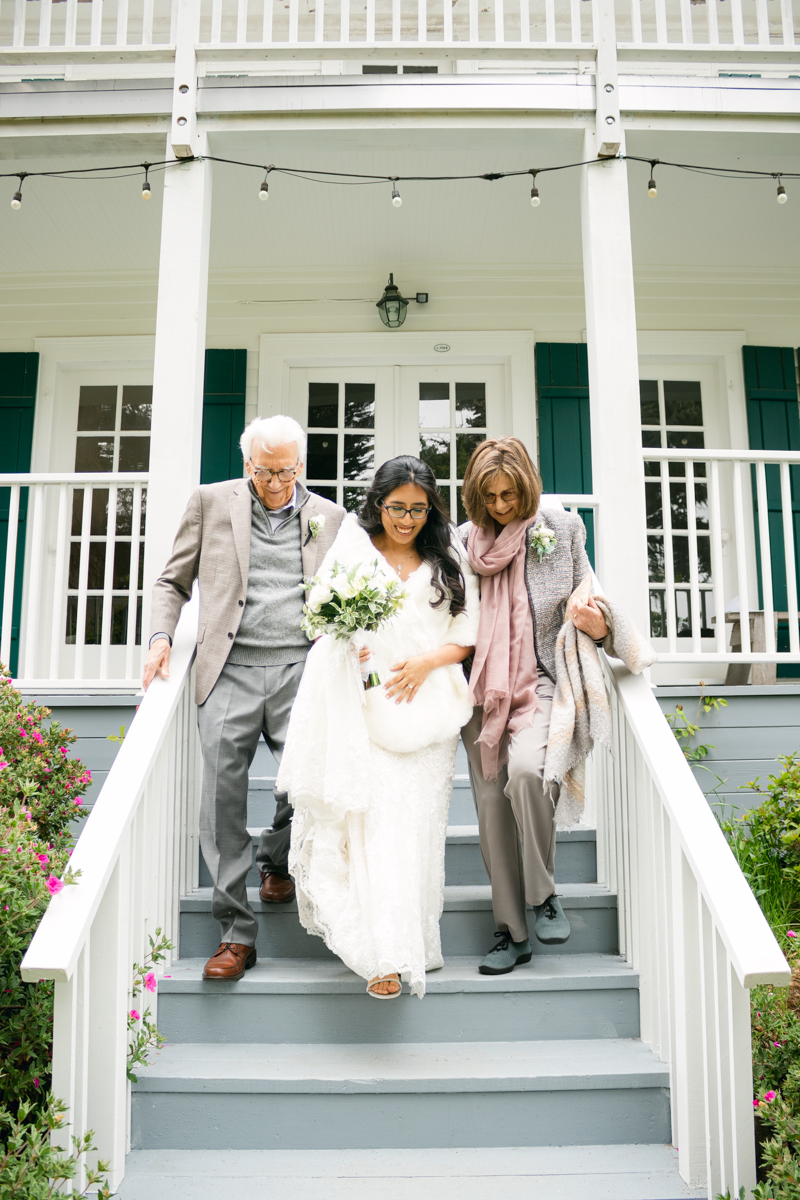 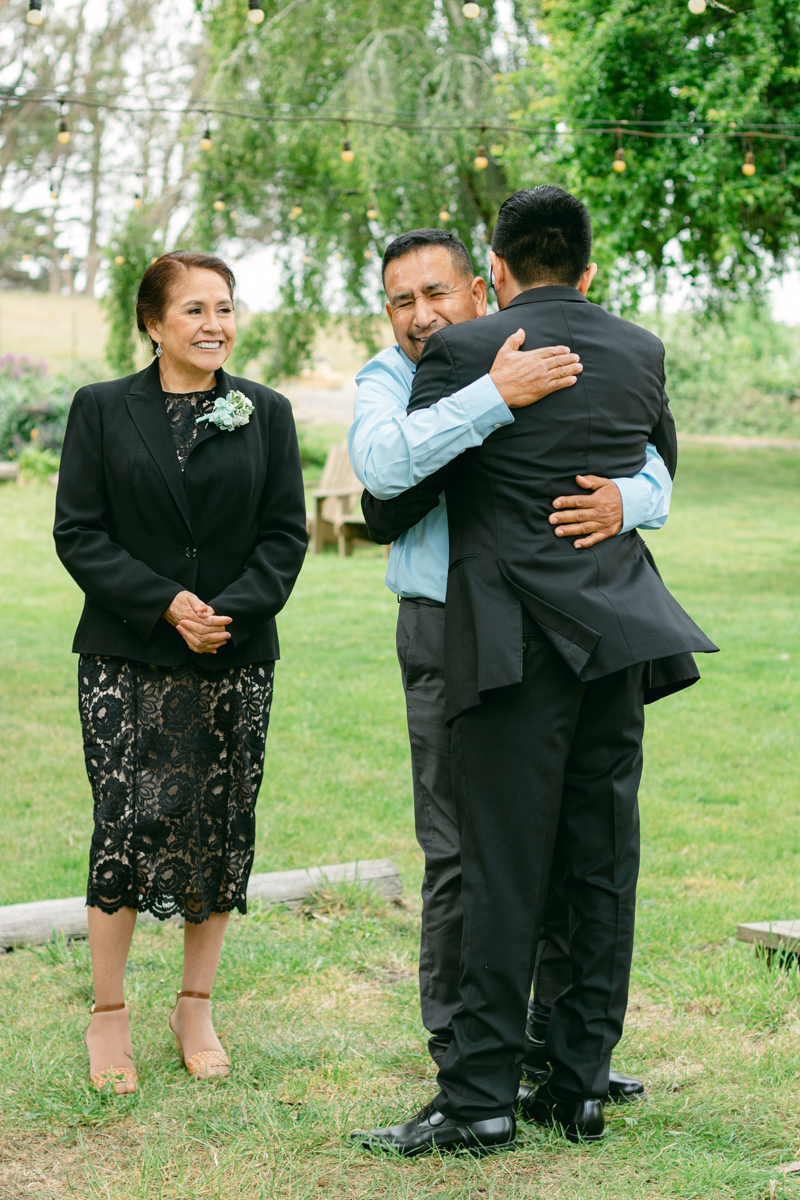 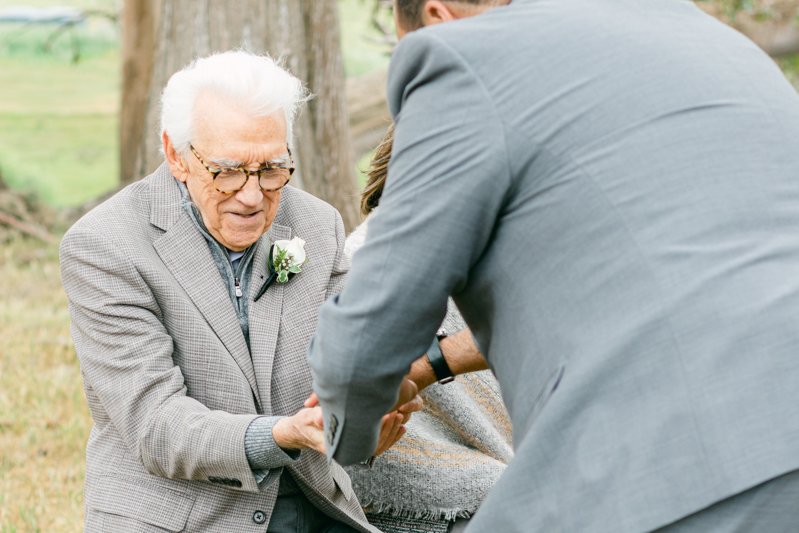 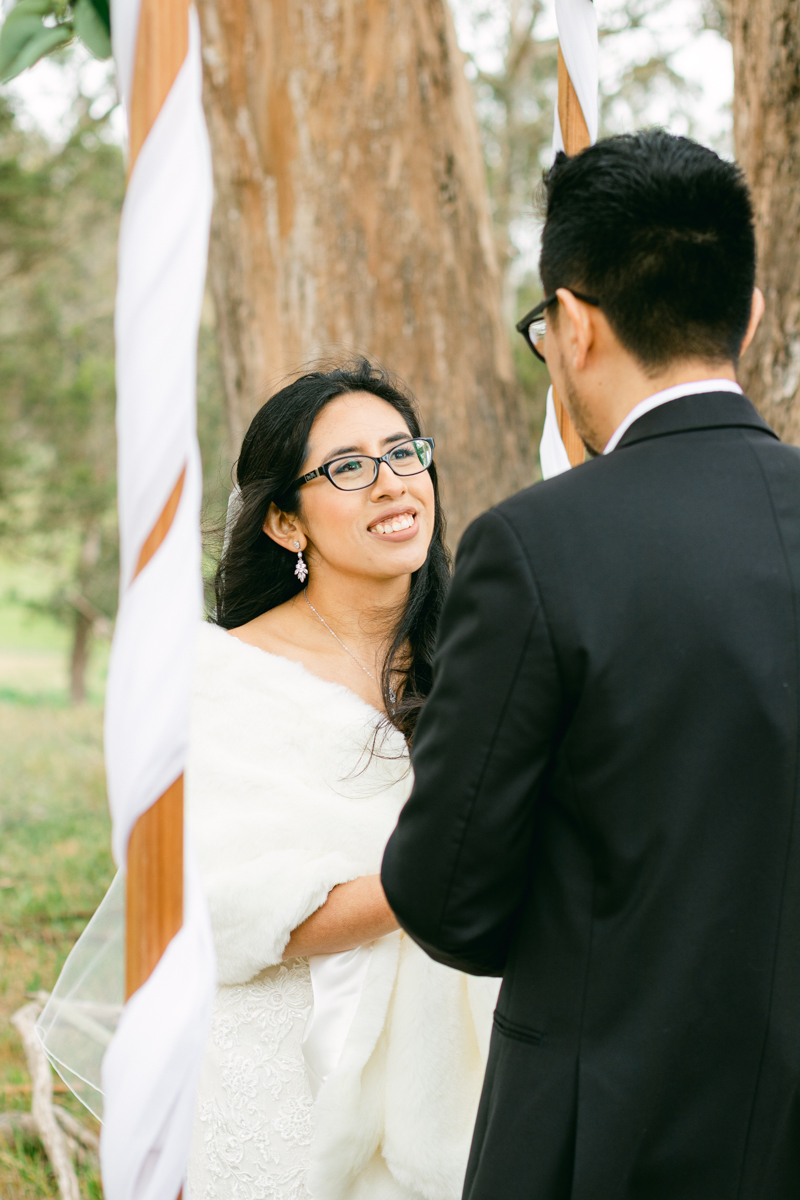 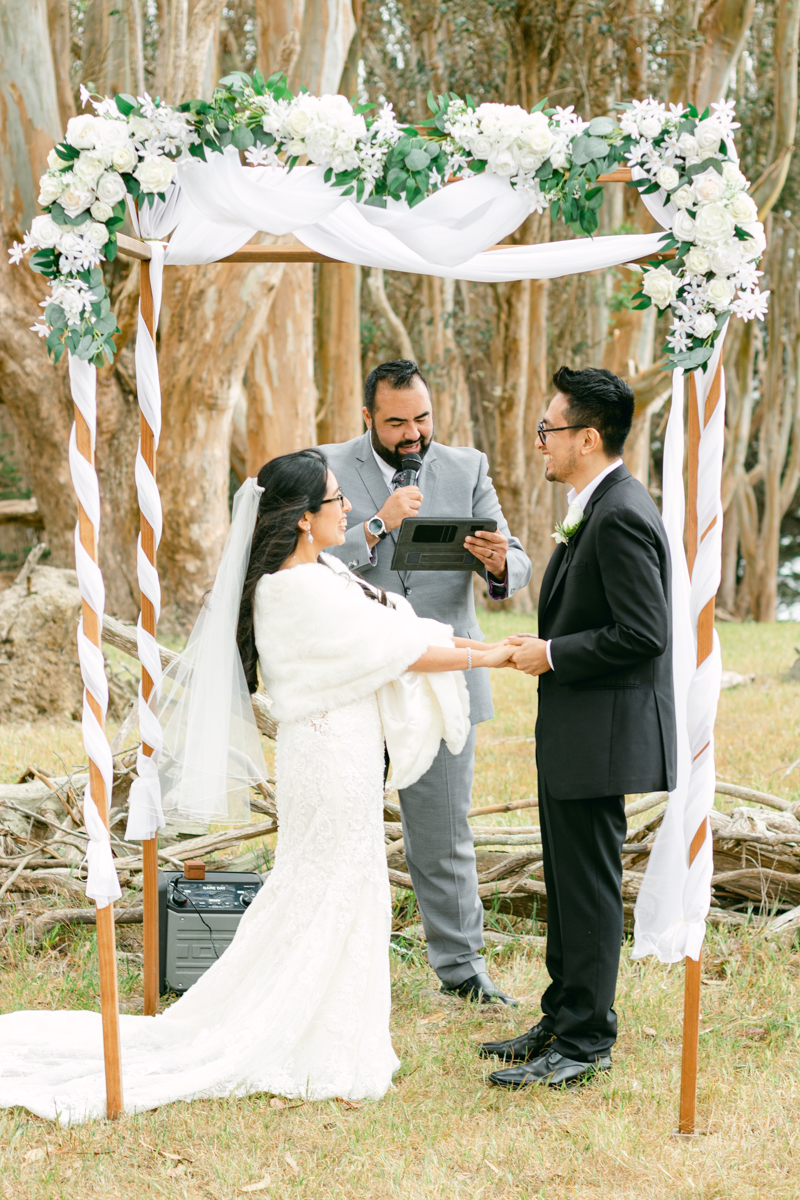 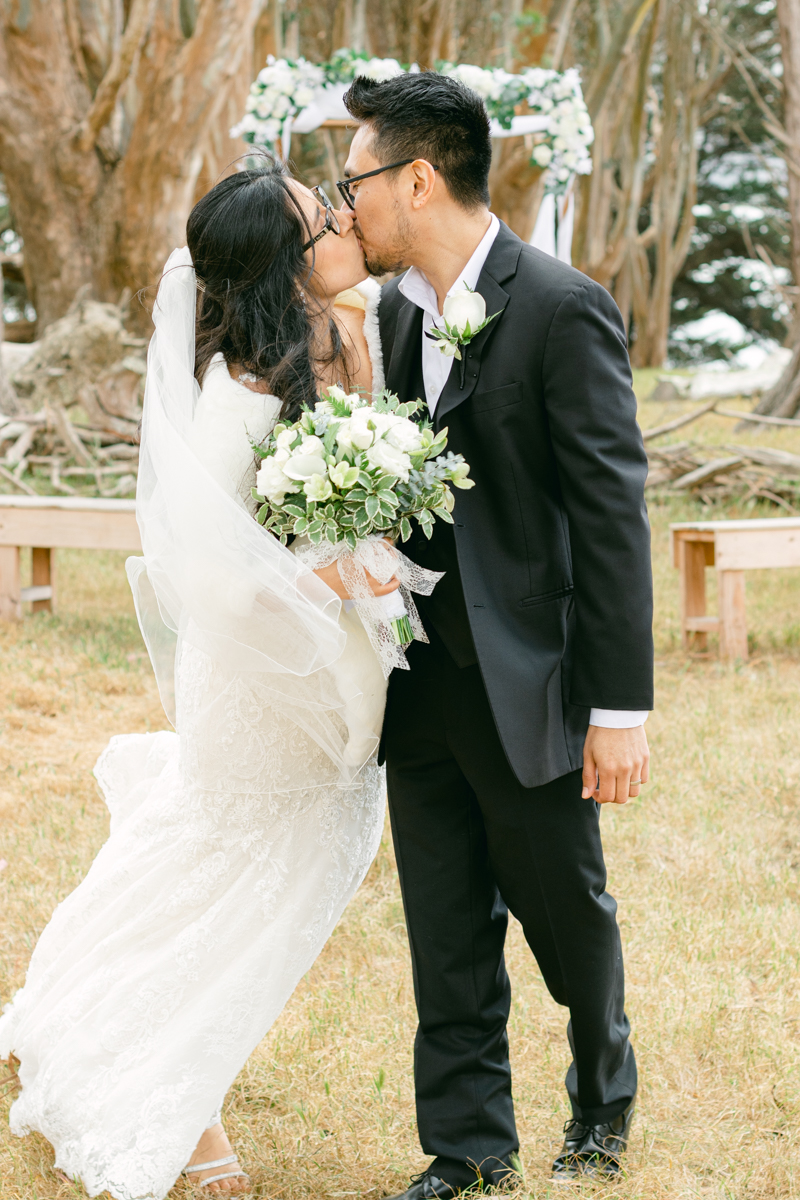 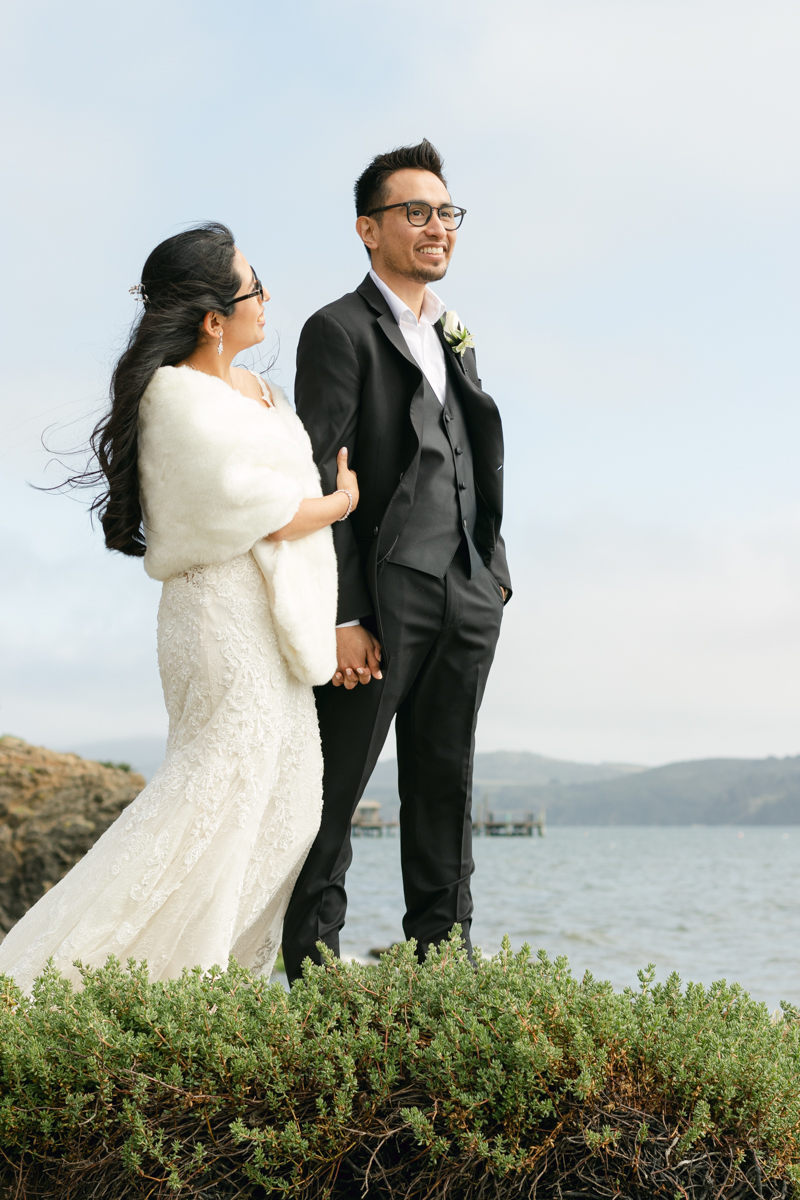