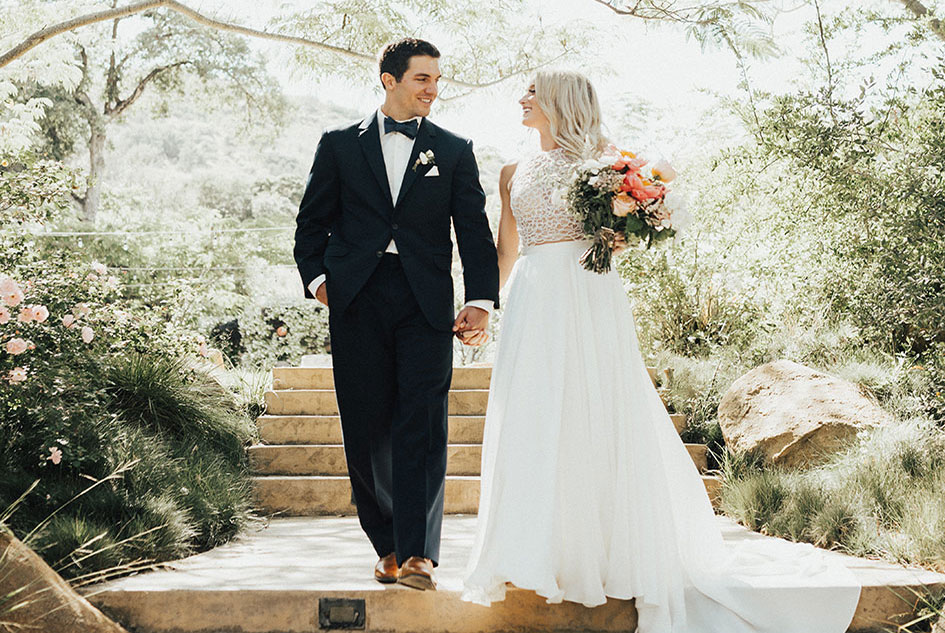 Karly and John sat across the aisle from one another in their honors English class during their junior year of high school without saying a word to each other. The summer before senior year, they were both invited to spend the day on a mutual friend’s boat. An interest was sparked, but it wasn’t until John tutored Karly for her advanced math class (which was set up by the duo’s sisters, both named Lindsey) that the two became a couple. The couple kept it going long distance while Karly attended pharmacy school at the University of Colorado and John worked in Arizona. When Karly visited John over winter break, he took her to Scottsdale’s Fairmont Princess Hotel for brunch on New Year’s Eve. He surprised her by getting down on one knee in front of their closest family and friends.

Pure Lavish Events opted for vibrant colors—not only did the bright shades pop against the lush green landscape of The Retro Ranch, but the palette reflected the couple’s truly vibrant personalities and their love. The centerpieces featured peonies, ranunculus, snapdragons and garden roses in shades of soft peach and light coral blended with blush and white accents, and arranged in gray-stained wood boxes.

Karly had a blue heart sewn into her skirt created from a piece of the shirt that her father was wearing when she was born. John had a penny in his shoe—in fact, the exact penny that Karly’s mom wore in her shoe when she married her father.

The couple’s tightknit group of friends played an important role in the wedding, as seen in how Karly and John chose to intermingle their bridal party. Other friendly moments included their first dance, which was to Jack Johnson’s “Never Fade,” sung by a dear friend. They ended the night to Neil Diamond’s “Sweet Caroline” as an ode to all those nights they closed down bar—the perfect nightcap to a new beginning. 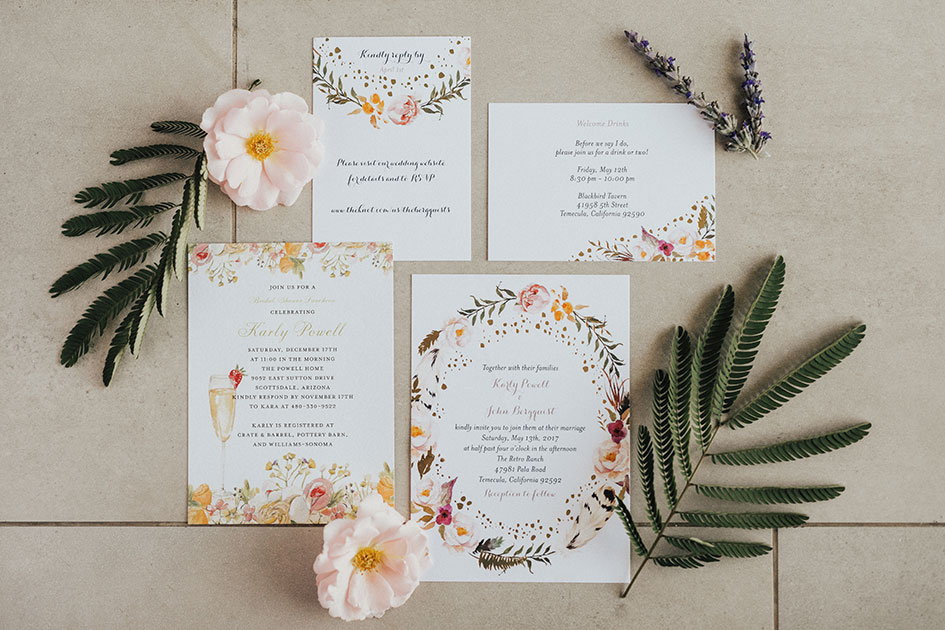 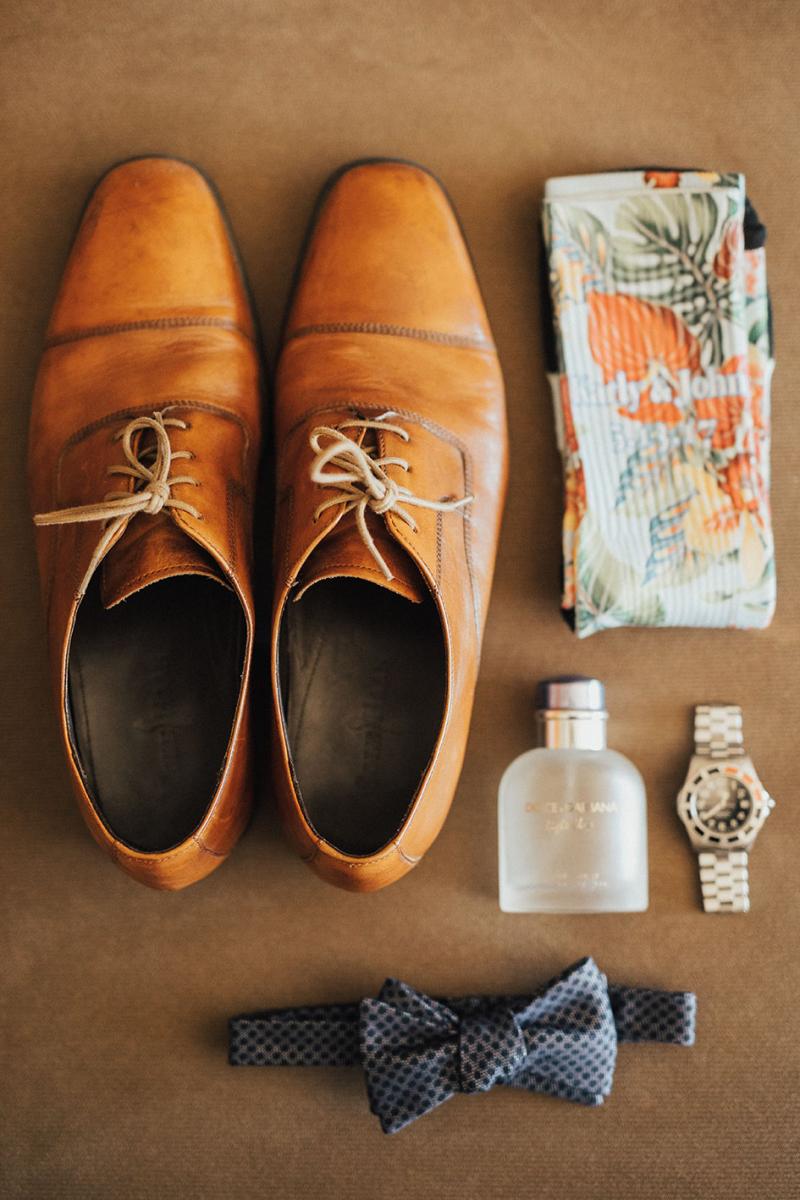 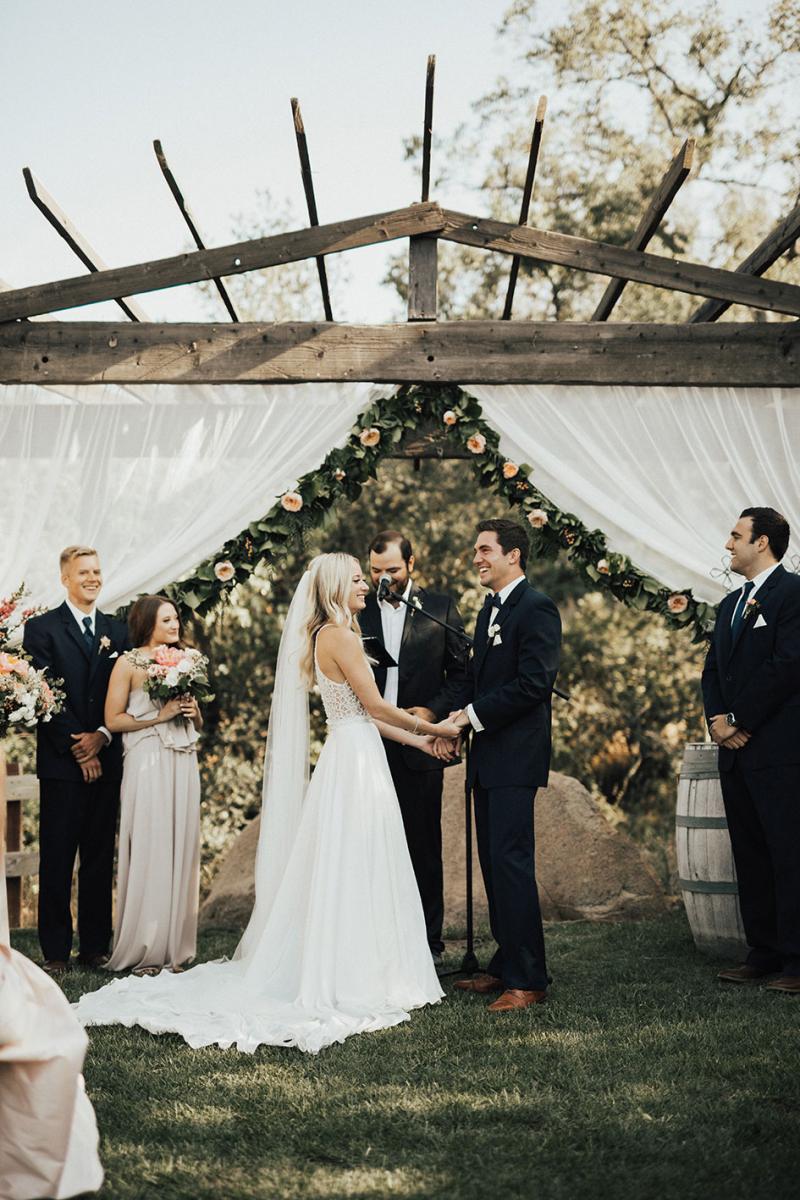 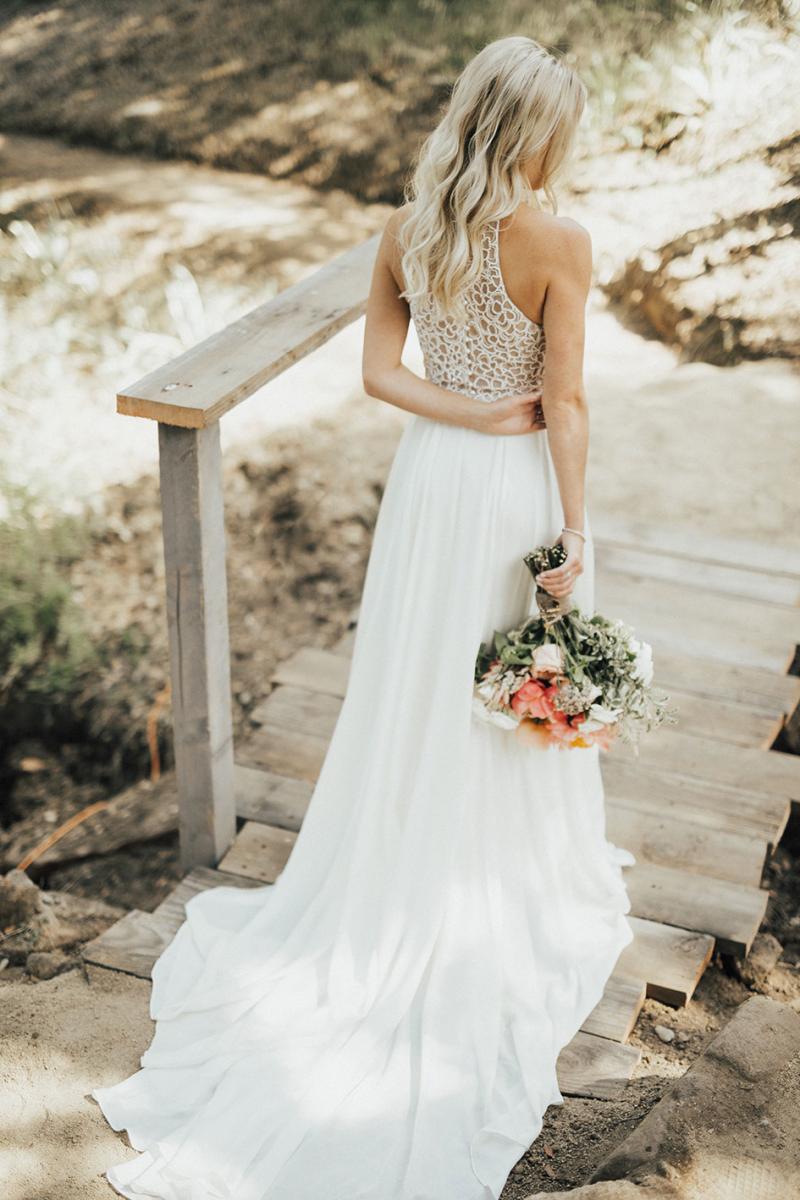 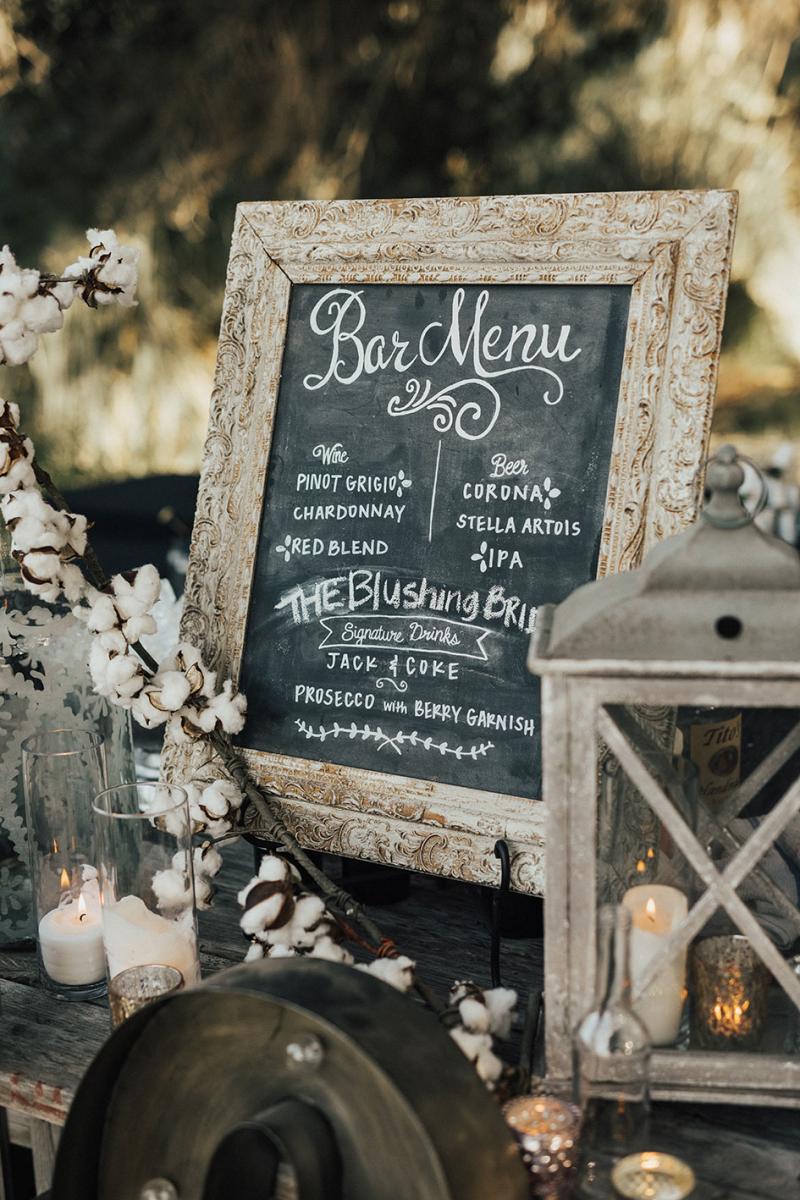 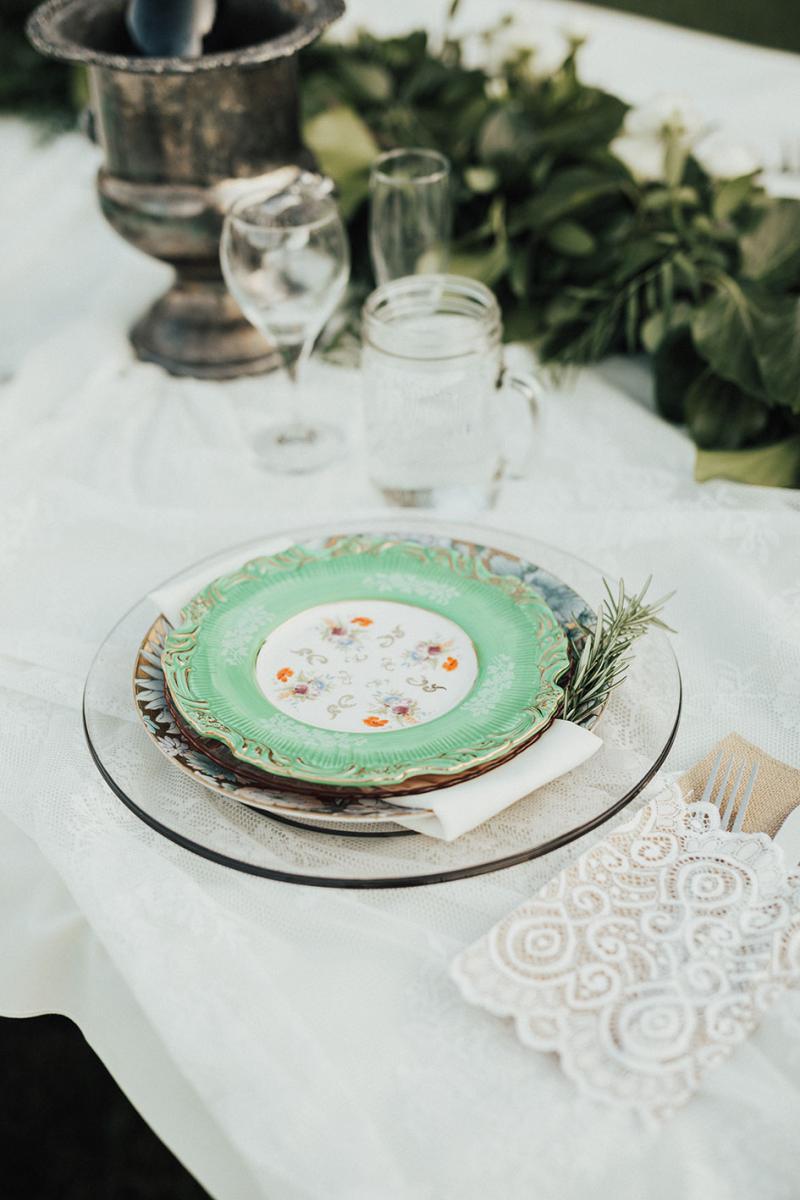 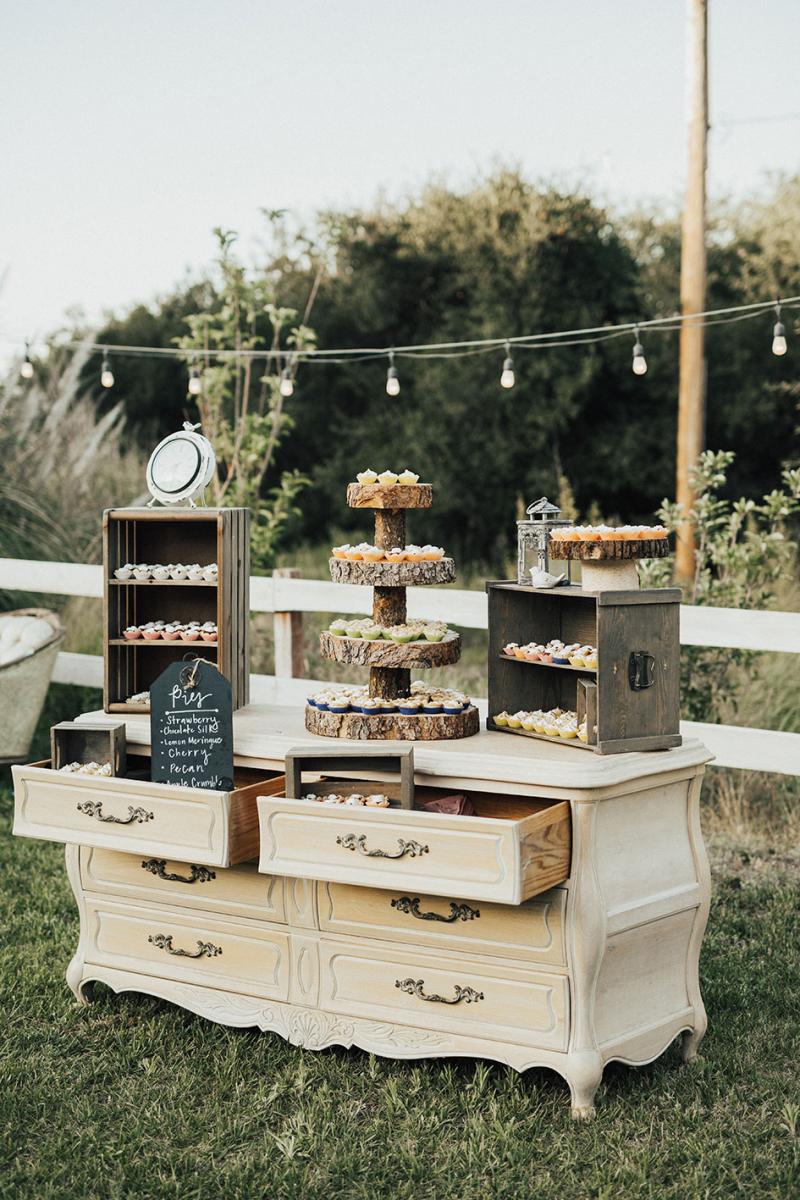 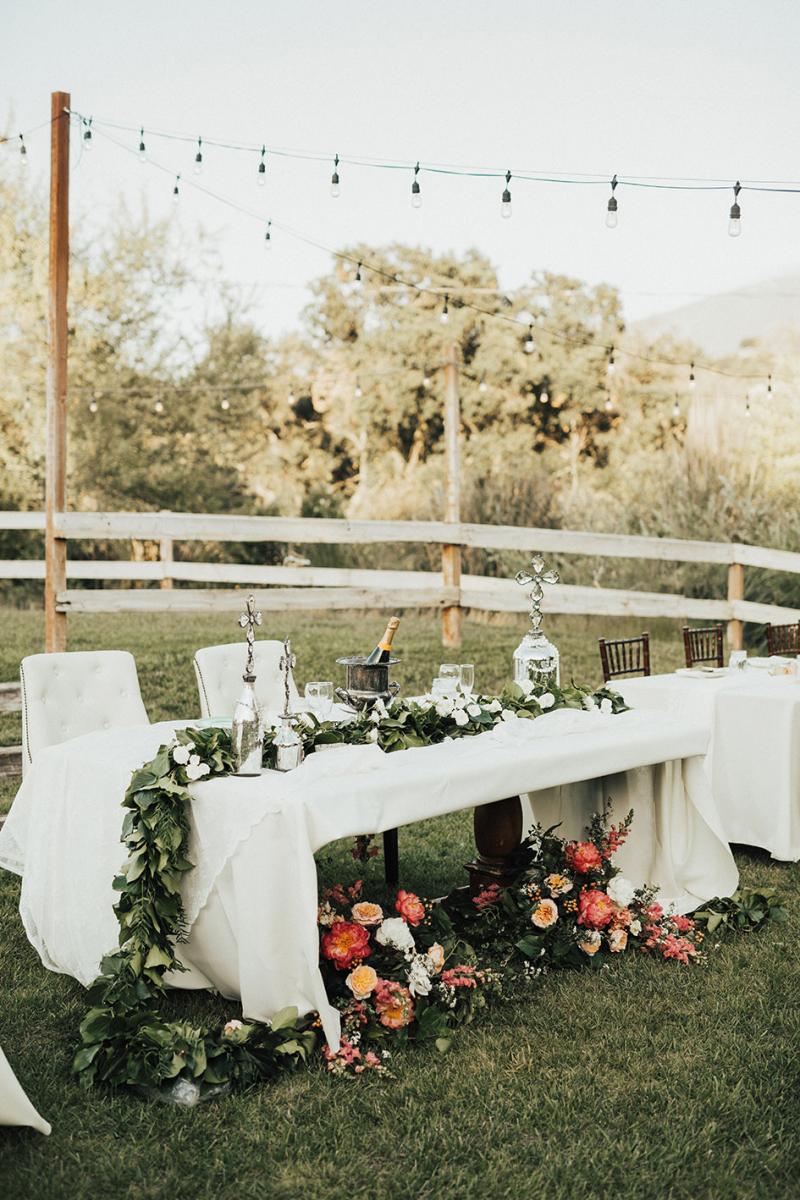 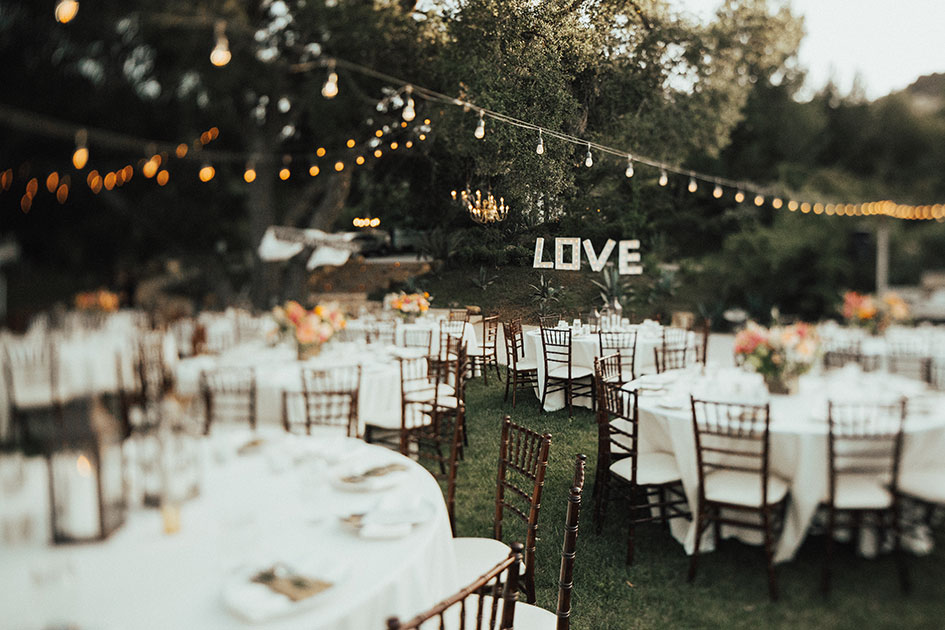 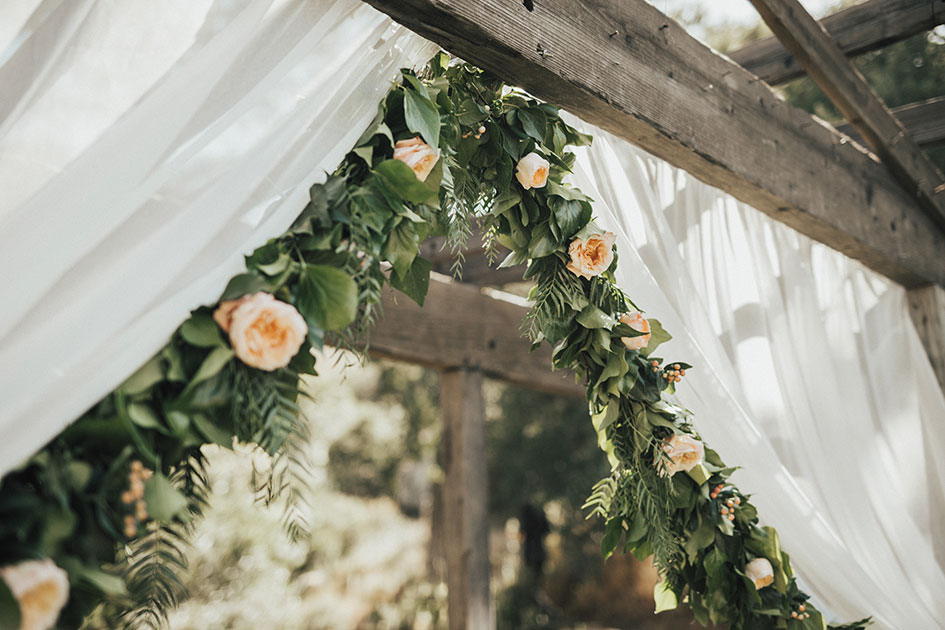 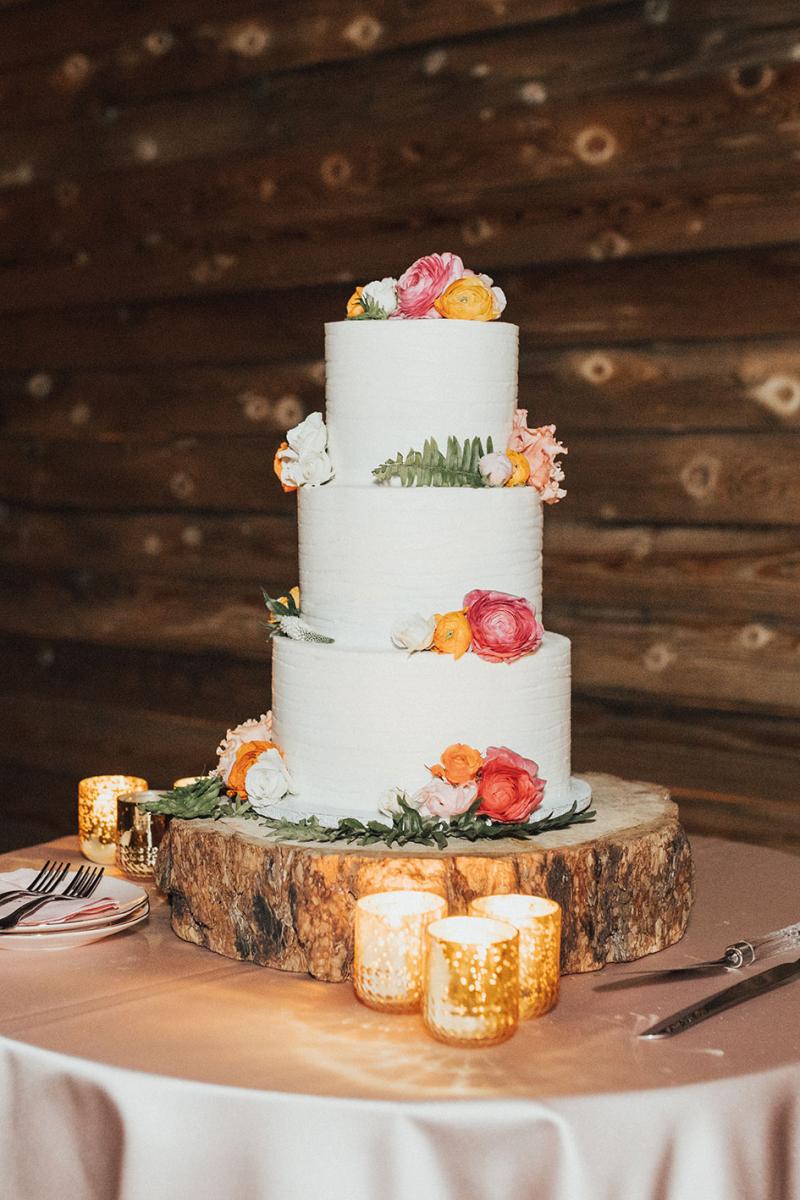